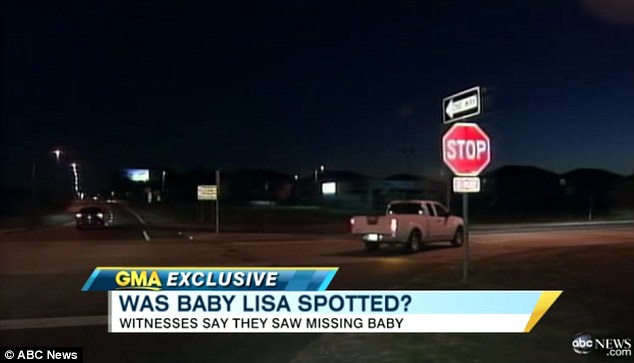 Spotted: Another witness said that he saw a man with a baby walking at this intersection three miles from the Irwin's house at 4am on that night 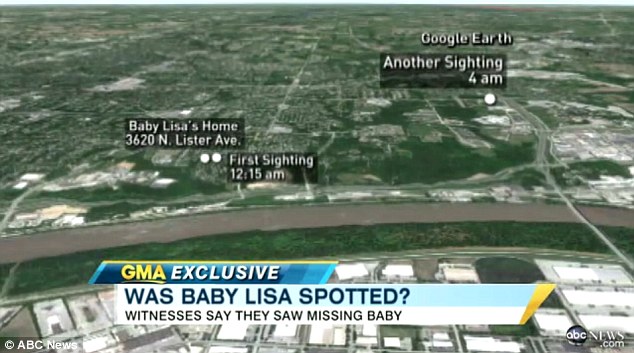 Clues: The sightings were made in the middle of the night after Baby Lisa disappeared

Deborah Bradley and The Spin Team

Deborah Bradley and The Spin Team

As theories surround this case, our understanding of what happened began shortly after the first press conference by the parents, and by their second address to media, held shortly after the first, we indicated deception on the part of the mother, Deborah Bradley, regarding the "kidnapping" of her missing 10 month old child, Lisa Irwin.

1. Mother, Deborah Bradley is deceptive about what happened to Lisa, about the cell phones, and about the kidnapping scenario.

2. Father, Jeremy Irwin, deceptive about what he knows happened to his daughter, while he was at work, indicating that he knows Lisa is dead, even though he is allowing searching to go on.

3. Advisors and Attorneys: Bringing the deception down to a manageable amount:

a. "Wild Bill" Stanton: how he became involved, who is paying
b. $100,000 reward sensitivity indicators question the viability of such suggesting that they do not expect anyone to collect the money
c. Joe Tacopino: "this family is grieving" indicating death; attempts to explain inconsistencies
d. control over parents interviews using only national ($)
e. Media and "drunkenness" shows sensitivity. Team contacted media, various networks, arranged for whirlwind appearances in which the mother would now (note timing) be asking "were you drinking?"

The team deliberately set the stage for what they knew was inevitable: evidence would show decomposition and this is why slips such as "grieving" or the "conditional" reward money responses (local media was not as ignorant as Wild Bill expected; caught on to his wording, and asked appropriate follow up questions). They knew that eventually the press would learn that the parents refused to have their bedroom searched.

Regarding cooperation, lawyers gave a list of the things they did to cooperate. The problem? The list did not include the things Deborah Bradley and Jeremy Irwin refused: including search of their bedroom.

Now a new topic can be introduced: Casey Anthony.

What happened to baby Lisa may have turned into a copycat cover up, from the case in 2007, where the mother killed the child (later claiming accident) and reported her "missing" but was later found in the house. It is important to note that it wasn't until 2 years later that justice was served.

A high priced attorney, who calls Joran Van Der Sloot a "nice guy" flew to Kansas City to donate his services out of the kindness of his heart, believing the innocence, basing it upon the number of children he has.; a private investigator who calls himself "Wild Bill" flew out to Kansas City and couldn't give a straight answer to a question (he now is saying words like "at this time" allowing for the possibility of guilt), and a death penalty experienced mitigator joins on the team, along with a secretive, private benefactor...both have high-tailed it back to NY in a NY minute.

Book deals, movie deals, "licensing fees"...are we about to hear now, or has the 'hit' of cadaver dogs thrown a wrench into their plans?

all reminiscent of the Casey Anthony saga.

All we are missing is a "Cindy" like character to lie with impunity...or was that Deborah's sister who said "the police have to pin it on somebody" later to say "that was out of context."

Note to the propaganda Spin Team:

America is not ready for another Casey Anthony.

The verdict so stung us all, that we have not recovered from the abuse of the system at the hands of mercenary greedy, fame and fortune seeking lawyers. We are sick of it, and sick to our soul of "lawyer speak" and the verbal bullying Tacopina uses when he makes illogical assertions such as "Debbie admitting she was drinking proves she is telling the truth!" which comes close to the seemingly unaware mentally ill (and apparently intoxicated) grief expert who never heard of a period for a sentence as her brain wandered to and fro spinning her yarn to tell us that going dancing, getting a tattoo and going party central after a murderous mother is no longer tied down to a baby really is grieving, not celebrating.

The Spin Team (we won't allow them to call themselves another "Dream Team" after the nightmare of Orlando) should sit up and take notice that if we learn that they got money from Fox, NBC or ABC for their clients after killing another baby, we will boycott.

It's bad enough having to listen to touchy-feely therapists say "don't judge!" and "I find the mother very sincere and believe her" as the kidnapping story attempts to match wits with Zanny the Nanny's straight hair and perfect teeth in ridiculous details like "the kidnapper took all three cell phones so that we could not call 911". We don't need any more nice-nice. At least Mark Eiglarsh had the nerve to say he didn't believe the kidnapping story but most 'experts' have said otherwise, including the goofy, 'you can't polygraph mothers when their children go missing!' piece of insanity that floated in defense of an obvious liar.

After the mother confesses, perhaps we can compile a list of all the television hosts and guests who say, "I knew those were crocodile tears!" when we have the transcripts of their previous defense of the silly Casey-Anthony like fabrication.

Note to NBC, ABC and Fox:

We did not like hearing her say she put a sick baby "to sleep" at 6:40PM and had her "adult time" to get high and intoxicated (anti anxiety drugs do not mix with alcohol) while her sick child is left abandoned.

We do not like being lied to. This is why America hated Cindy Anthony lying directly to the camera, and why we cheered when prosecutors showed that she was at work the day she said she was home surfin' the net for "chloroform" to give her dog a bath, or whatever stupid lie she told.

We don't like rich, hot shot attorneys telling us that a murderous sleaze like Van Der Sloot is a "nice guy" or that people all over are aching for this little baby while momma refuses to end the pain and tell where she dumped her child's body. We don't like when he talks over those who question him with his Goering like dismissal of reason and logic. We don't like it when they feign to do these things because they "really" believe in the cause. Had this case not hit the news, the hot shots would never show up. They do what they do for publicity which raises their per hour charge; we get that, we're not deceived when they say "we just really believe in this cause..."

Is this now another Casey Anthony saga in the making?

Will Deborah fess up, or will she hold up in jail for the next 3 years for an "accident" a la Casey Anthony, and count on another money-minded self interest ignorant jury to set her free and make her a millionaire?

It is too soon for us. We are still hurting over what they did to us in Orlando, and how they perverted justice for a little girl who deserved, in the least, a shot at life.

Lisa deserves better than this media circus where lawyers fall over each other trying to grab a dollar off of a child's drop of blood.

America is sick of it.

2 rifles in the bedroom.....why aren't they locked away for god sake.