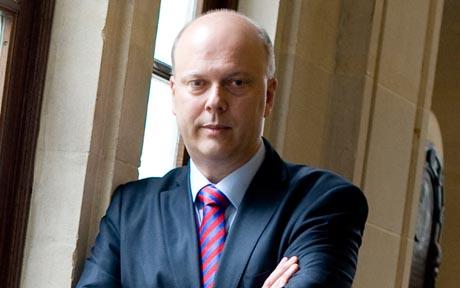 Britain suing Europe to stop 'benefit tourism'
The Government is to take the historic step of suing the European Commission to stem the growing tide of “benefit tourism”.

Ministers have discovered that the EU is currently seeking to negotiate deals with Ukraine and north African countries that could result in millions of people being given the right to claim state pensions and benefits in this country.
In an interview with The Daily Telegraph, Chris Grayling, the employment minister, said that the EU had launched a “land grab” and that “pre-emptive action to stop this” was now necessary.
“We are not going to be rolled over on this, it’s a hugely sensitive issue,” Mr Grayling said.
The action is the first sign that Conservative ministers are determined to act on David Cameron’s pledge to begin renegotiating Britain’s relationship with Europe.
Mr Grayling said that he was sympathetic to the calls from dozens of back-bench Conservative MPs for a referendum on Britain’s EU membership and that the “renegotiation” of the relationship was now the minimum requirement.
RELATED ARTICLES
We need a big bang to speed up our cuts to red tape 05 Nov 2011
He also said that in this country a “big bang” of radical deregulation to help business was now necessary to help kick-start economic growth.
Mr Grayling has been charged with reforming health and safety laws and said there would soon be a major shift in responsibility from employers to individuals.
“I mean one of the things I will want to see is a situation where the fault isn’t always with the employer, that the employer is always wrong,” he said.
“I think there needs to be much greater levels of responsibility of the individual.”
He also confirmed that the Government was considering freezing benefit payments next year – which usually rise automatically in line with inflation, currently running at more than five per cent.
“It’s obviously something we are giving consideration to,” he said.
In September, it emerged that the EU was threatening Britain with legal action after this country refused to pay some benefits to other European citizens who have not worked or lived here. Britain has been given a two month deadline to reverse the decision but will refuse and is braced for court action.
But a “new front” of the battle has been opened up as the EU has begun agreeing reciprocal benefit arrangements with other countries.
Initially, this involved nations such as Switzerland and Norway which were unlikely to prove too costly for Britain.
However, ministers have learnt that negotiations are beginning with other poorer nations beyond the EU’s borders and the “point of principle” must now be challenged.
Mr Grayling added: “This is something that’s catching up with us very fast. Something has to happen about this.
“We are concerned about benefit tourism, we want tighter rules. We want the rules changed and they’re just not listening.”