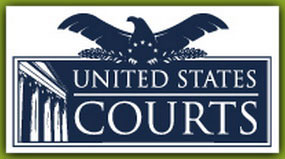 The United States Attorney’s Office announced that during a federal court session in Billings on February 23, 2012, before Chief U.S. District Judge Richard F. Cebull, RUDOLPH LEE SHANE, JR., a 30-year-old resident of Lodge Grass, appeared for sentencing. SHANE was sentenced to a term of:

SHANE was sentenced in connection with his guilty plea to attempted aggravated sexual abuse.

In an offer of proof filed by Assistant U.S. Attorney Marcia K. Hurd, the government stated it would have proved at trial the following:

On August 24, 2010, a brand inspector found a woman walking along a highway south of Hardin. The woman reported that she thought she had been raped. The inspector reported the matter and ambulance personnel and law enforcement responded. The woman was subsequently transported to Crow Agency for a medical examination.

When questioned, the woman reported that she was intoxicated and walking in Crow Agency when she was picked up at approximately 6-7 a.m. that morning by SHANE. SHANE drove her to Hardin where he purchased alcohol, then drove to an area overlooking the Big Horn River where the two drank. When she got out of his vehicle to relieve herself, SHANE approached her and asked if she would have sex with him and she refused. He became angry, threw her to the ground, and attempted to put his penis into her vagina. The woman said no and was crying, but SHANE continued for several minutes until she was able to fight him off.

The woman was very upset and crawled under a fence to walk away. SHANE followed her in his vehicle and told her to come with him and he would give her a ride to Hardin. She got back in the vehicle and passed out. SHANE drove her to another location where he attempted to remove her pants and engage in sex with her again while she was passed out. She woke up, told him no and to quit, and got out of the vehicle and left the area. She was found by the brand inspector a short time later.

Because there is no parole in the federal system, the “truth in sentencing” guidelines mandate that SHANE will likely serve all of the time imposed by the court. In the federal system, SHANE does have the opportunity to earn a sentence reduction for “good behavior.” However, this reduction will not exceed 15 percent of the overall sentence.