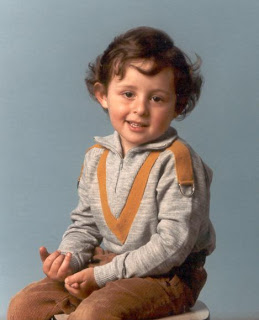 The Grégory case: decision on Wednesday on the last chance analysis.

On Wednesday, the court will announce its decision on the request for new analyses that the parents of little Grégory Villemin, who was murdered in October 1984, are hoping for, in an attempt to resolve one of the most sensational legal mysteries in the post-war period.

The Investigative Division of the Dijon Court of Appeal, in charge of the investigation into the murder of little Grégory, who was found drowned, bound hand and foot, in the Vologne (Vosges) on October 16th 1984, must now make a decision on the request for 'new forensic investigations,' filed in June by Thierry Moser, lawyer for Jean-Marie and Christine Villemin.

At the time, the lawyer considered that it was, 'the last chance procedure.' During the June 30th hearing, the process was adjourned until September 29th for further deliberation, for the court to report its decision on October 20th.

"We are confident and calm. The Dijon Court of Appeal looks positive and wants to go forward. Will these new leads bring success? That's a different kettle of fish," Mr Moser stated.

For the court, it's basically about authorising DNA analysis of a hair found on the four-year-old's trousers and additional investigation of DNA "embedded," in the cords that bound him. With this new investigative procedure, called LCN (Low Copy Number) which is considered exceptional, on a number of scant samples, the cords would have to be cut up and therefore destroyed.

"For us, the cords are the important things, because there we are closest to what took place. It's of prime importance," added Marie-Christine Chastant-Morand, the other lawyer for Jean-Marie and Christine Villemin.

Other requested "forensic investigations": comparison of the voice of the anonymous caller with those of the main characters in the case, such as were gathered by journalists at the time, sound recordings retained by the National Audiovisual Institute. (INA)

It is also a question of looking for fingerprints "on the gummed parts of envelopes," and pressure impressions (raised on a page due to the pressure of writing) on the letter claiming responsibility for the crime.

The Attorney General has gone along with the Villemin couple concerning these five demands, "subject to feasibility," for the last three, stated Jean-Marie Beney, Dijon's Attorney General.

Merci Anna.
There is still hope with the new technologie to come. If there is stored, forgotten somewhere ,some material related to Madeleine McCann, it will speak one day, soon or later.

frencheuropean wrote:Merci Anna.
There is still hope with the new technologie to come. If there is stored, forgotten somewhere ,some material related to Madeleine McCann, it will speak one day, soon or later.

I am sure you are right, frencheuropean. The technology is advancing all the time.

And thank you for alerting me to this news about the Grégory case!

Interesting that low-copy number DNA is one of the new forensic techniques being referred to here. It's certainly one of the most useful forensic advances made over the past number of years.

While the McCanns seemingly dislike LCN DNA, their chief PI Dave Edgar is very much a fan. In his Belfast Telegraph interview of Sept 2009 he said 'It’s an amazingly powerful tool, so it’s a real shame we will never get to use it with Maddie.' Ooops!

It's not his fault, he was exploring all the donjons of Portugal.It takes ages and there is no internet connections in it.

frencheuropean wrote:It's not his fault, he was exploring all the donjons of Portugal.It takes ages and there is no internet connections in it.

So many 'hellish lairs,' so little time!

Acting on the wishes of the parents of little Grégory Villemin, who was murdered in October 1984 in the Vosges region, on Wednesday the court ordered new forensic investigations. In total, six analyses will be carried out, notably on the DNA of a hair found on the child's trousers and on the back of the stamp on an anonymous letter sent to a magistrate. Twenty-six years after the events, the Grégory case remains one of the greatest mysteries in legal history of the 20th century in France.

French detectives have found DNA traces on evidence from a child murder case that obsessed the nation in the 1980s.

The new evidence raises hopes that advances in genetic science could help identify the killer at last.

Gregory Villemin, a four-year-old boy, was found dead in October 1984 with his feet and hands bound in the Vologne river, near his home in a village in eastern France.

The gruesome discovery set off a dramatic chain of events that became known simply as 'the Gregory Affair' and gripped the French public, spilling more ink than any other crime in the country's 20th century history.

France looked on in horror as the prime suspect was later gunned down by Gregory's heartbroken father. The public reeled as Gregory's mother was herself arrested for her son's murder year's later - and then released again.

Now a new chapter is being opened in the saga - thanks to the possibility of pivotal new DNA evidence. 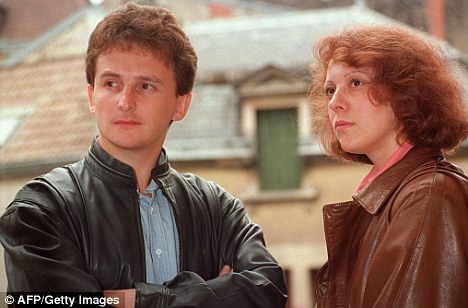 Jean-Marie Beney, state prosecutor in the eastern town of Dijon, said yesterday that DNA traces from a man and a woman were found on a threatening anonymous letter sent to Gregory's parents after the child's death.

'Your money won't give you back your son. That's my revenge, you bastard,' the author claimed in the letter.

The discovery is significant because the letter was one of a series sent by a mysterious figure who claimed to be the killer.

The writer, who became known as 'the Crow' because of a colloquial expression designating those who send unsigned letters, has never been identified.

Beney said that the DNA traces had been tested against those of Gregory's parents and they were not the same. The boy's mother, Christine Villemin, was once a suspect though she was cleared in 1993.

The decision to reopen the bags of evidence collected during the original Gregory investigation and look for DNA was taken by a Dijon appeals court in December last year, at the request of the boy's parents.

News that DNA had been found immediately shot to the top of all French radio and television news bulletins, showing that no one had forgotten the Gregory Affair.

The child's uncle, Bernard Laroche, was initially charged before being freed after several key pieces of evidence against him were thrown out because of procedural errors by prosecutors.

Convinced that Laroche was the murderer, Gregory's father Jean-Marie Villemin shot him dead and served four years in jail for the killing.

During the same period, Christine Villemin became a suspect because witnesses said they had seen her at the post office the day a vengeful letter from the Crow was sent. She was placed under formal investigation but later cleared.

In one of the infamous moments of the Gregory Affair, the avant-garde author Marguerite Duras wrote in the newspaper Liberation that Christine Villemin was guilty but argued that she was downtrodden by her husband and the murder was justified.

In words that became a black mark on Duras's name, she wrote that Christine Villemin was 'sublime, obviously sublime'.

Dimsie wrote:Interesting that low-copy number DNA is one of the new forensic techniques being referred to here. It's certainly one of the most useful forensic advances made over the past number of years.

While the McCanns seemingly dislike LCN DNA, their chief PI Dave Edgar is very much a fan. In his Belfast Telegraph interview of Sept 2009 he said 'It’s an amazingly powerful tool, so it’s a real shame we will never get to use it with Maddie.' Ooops!

How's he know they will never get to use it? Seems certain her body will never be found, along with trace evidence that could remain for decades.

What an interesting thing for their own detecticve to say.

Surely Mr. Edgar believes Madeleine is alive as she is being held in one of those lawless outlaying villages. Regardless, is there any sample of dna collected anywhere that can be appllied to the LCN procedure (none at the FSS allegedly) did the PJ keep any samples anywhere else? Why would this procedure never been used on Maddie Mr. Edgar? Did no hack question him further on this assertion?