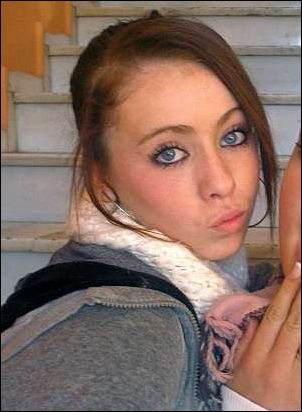 Amy Fitzpatrick, 15, has not been seen since the evening of New Year’s Day, when she left the friend’s home on the Costa del Sol.
Officers from the Spanish Civil Guard searched waste ground yesterday in the tourist resort of Riviera del Sol, near Fuengirola, as part of their hunt for the Irish teenager. The land is close to the route that Amy would have taken on her ten-minute walk back to the home she shares with her mother, brother and stepfather.
She spent New Year’s Eve at her friend’s house, babysitting for the girl’s younger brother, and stayed the night before the pair headed to a local shopping centre on January 1. Amy then returned to the friend’s house before heading home at about 10pm.
Her mother, Audrey, 39, said last night that she had not heard anything from her daughter since a telephone call early on the day she vanished.

If anyone has ANY information regarding Amy's Whereabouts please get in contact with Amy's MAM at missingamy@live.co.uk

ON Monday, November 23, at approximately 5.30pm, two young boys, aged 12, were sitting at the side of the road on their schoolbags having a drink of water in the Calahonda / Riviera del Sol area when a white transit van, with at least two male occupants, approached and parked near to them. Suddenly, two men jumped out of the van and tried to grab the boys. The boys panicked and ran off, and one of the youngsters managed to escape their reach, but the other was grabbed by the men. Luckily, the boys are both over 5ft tall and between them were able to fight the attackers off and escape.

The men in the van quickly fled the scene, and the boys, one of them in a state of shock, called their families. The police were alerted, and told the boys’ parents that this had been the second attempted child snatching reported that day in the area. However, the mother of one the boys, tells us that the police haven’t been in touch since and they were also unavailable for comment to the Euro Weekly News. She would like to tell other parents in the area to beware and not let their children walk the area alone. Although the boys were understandably upset by the ordeal, after they had calmed down, they were able to say that the men spoke Spanish with a foreign accent and had dark complexions. They are also reported to have been wearing t-shirt and shorts or boxers.

A local businesswoman tells us that it was also around this time last year that a white van was reported to have been seen in the same area, and the occupants had attempted to snatch a young girl. It is also in this area where Irish teenager Amy Fitzpatrick went missing on the evening of January 1, 2008 at approximately 10pm when she left her friends house in the tourist resort of Riviera del Sol to take the 10 minute walk home.

Amy was 15 at the time of her disappearance. She has black hair, is 1.65m tall, and was wearing brown crushed velvet tracksuit bottoms and a black T-Shirt with the word 'Diesel' in various different colours when she was last seen. She is originally from Clarehall in Dublin and turned 17 on February 7, 2009. She had no money, phone or passport (as she was still on her mother’s).

If you have any information regarding Amy Fitzpatrick call +34 617 561 319 or email missingamy@live.co.uk This e-mail address is being protected from spambots. You need JavaScript enabled to view it and if you witnessed anything regarding the attempted snatching this week, please contact the Guardia Civil on 062.

At least they are safe

I suppose there's no news about Amy Antoinette?

No news at all. It's hard to believe it's nearly 2 years since she disappeared. Audrey & Dave are not giving up though. They are still trying all they can to find her

Bloody hell they had a lucky escape! Although I dont think its connected to Amy....these were boys and usually pedos either go for one sex or the other but you never know!

Last edited by MoondampRoses on Sat 30 Jan - 16:13; edited 1 time in total (Reason for editing : Edited as I found more information with regard to the police linking the attempted abductions.)