Scandal the European parliament tried to keep secret - by The Daily Telegraph.

Scandal the European parliament tried to keep secret - by The Daily Telegraph.

Scandal the European parliament tried to keep secret
The European Parliament’s £1.5 billion budget is beset by the abuse of staff perks and expenses, nepotism and the wasting of taxpayers’ money, according to secret internal audits obtained by The Daily Telegraph.

The audits have been kept secret from most MEPs, allowing the abuses to continue unchecked Photo: EPA
By Bruno Waterfield, Brussels6:00AM BST 20 Oct 2011
A series of reports by the parliament’s internal auditor found that significant breaches of the rules were common among the 7,000 unelected officials who work for the EU’s assembly.
Staff are allowed to authorise their own expenses and pay allowances to family members, despite the auditor warning of the risk of “conflicts of interest”.
The reports, covering three years, identify instances of officials being given double payments or allowances to which they are not entitled.
Officials are failing to secure the best value for money for taxpayers when awarding contracts, while extensive funds are being given to the assembly’s political parties without any proper audit of how it is being spent, according to the reports.
Despite these findings, the audits have been kept secret from most MEPs, allowing the abuses to continue unchecked.
RELATED ARTICLES
European Parliament's budget by numbers 20 Oct 2011
EU fraud analysis 20 Oct 2011
European Parliament secret internal audits: key points 20 Oct 2011
Only 14 senior MEPs, who make a committee known as the “bureau”, which administers the assembly, have seen the reports. They have been required to sign a confidentiality clause barring them from disclosing the problems.
The three most recent completed reports, covering 2007, 2008 and 2009, have now been released to this newspaper following the threat of legal action and the intervention of senior MEPs who believed they should be made public.
Klaus Welle, the parliament’s secretary-general, tried to block the release by arguing that public exposure of the audits would “disrupt decision-making”.
But Diana Wallis, a Liberal Democrat member of the bureau, said openness would help MEPs to improve the working of the parliament.
“We had had plenty of time to look at the internal audit report and implement recommendations, and therefore I believe that we had to ensure that these documents were released,” she said.
According to senior officials, the auditor, a British accountant named Robert Galvin, has repeatedly written to Mr Welle and the bureau expressing his concerns. His reports disclose that “critical actions” needed to fix the problems have either been ignored or implemented too slowly.
Mr Galvin found persistent problems with how “personal entitlements” and perks, which were worth £81 million in 2006, were paid to civil servants. In 2008 the auditor identified “several areas of considerable risk”.
According to the auditor, administrative staff have been paying expenses to themselves or relations with other officials getting double payment or getting allowances they were not entitled to.
“Personnel [need to] raise awareness of its file managers of the risks of conflicts of interest and to instruct them never to handle their own or their relative’s personal file,” he warned.
The reports found “critical” irregularities and conflicts of interest concerning procurement contracts worth more than £600 million a year.
Even in the department of the parliament’s president, the auditor found “significant” and “materialised” problems with procurement and contracts.
There have been persistent rumours of nepotism in the department, which is run by Francesca Ratti, the parliament’s deputy secretary-general. The auditor noted that officials must in future “avoid inappropriate treatment of selection and exclusion criteria”.
In the parliament’s finance department, which has a budget of £298 million, the auditor found a “lack of assurance that the best value for money is obtained” and “ineffective” controls over contracts. The latest audit, from July this year, noted that the department had not replied to the auditor’s concerns.
“Systemic” problems were identified in the information and logistics department, which has a budget of £158 million.
Audits also found that political parties were given funds even though they had refused to abide by the rules.
The cash is paid without proof of “eligibility of costs” or any proper audit checks that the money is spent properly. In 2006, three EU political parties, which can receive subsidies of more than £5 million a year, refused to “disclose fully their sources of funding” in breach of the rules.
Martin Callanan, the leader of the Tories in the parliament, said: “It is appalling that these activities were kept secret for so long. Instead of addressing the problem, the authorities tried to stifle publication. The Telegraph is to be congratulated for its persistence in bringing this information to light,” he said.
Marta Andreasen, the former whistle-blowing chief accountant at the European Commission and a member of the parliament’s budgetary control committee, said: “The parliament’s bureaucracy operates with a total lack of transparency, which is how it gets away with these irregularities.”
David Lidington, the minister for Europe said: “Clearly, reports such as these are worrying and further emphasise the need for increased transparency across all EU institutional budgets.”
A European Parliament spokesman said: “The very aim of these reports is to improve the parliament’s management by identifying risks and weaknesses. The auditor makes recommendations to the management, which are then carried out and followed up again by the auditor, as the internal auditor points out himself.” 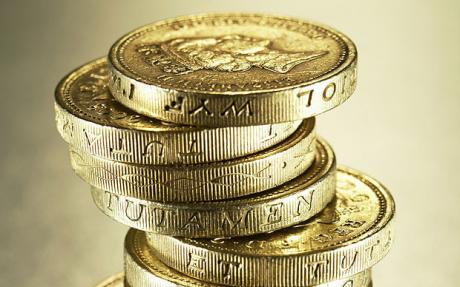