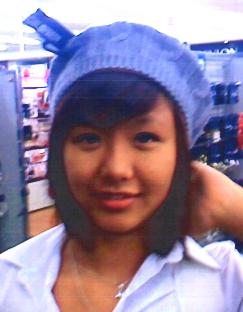 A teenage schoolgirl has been missing from her suburban Sydney home for almost four months, police say.

Rista Chathavixay, 16, was last seen by her boyfriend on March 24 at Mount Pritchard, in Sydney's south-west.

"At the time [of] her disappearance, Rista failed to attend school and the fast-food restaurant where she worked part-time," police said in a statement.
Advertisement: Story continues below

"She was reported missing ... by her family after she failed to contact her friends or family for several months."

Rista has not accessed her bank accounts and has "no source of income", police said, sparking serious concerns for her welfare.

She is described as being of Asian appearance, about 160 centimetres tall, thin, with brown eyes and long black hair.

Anyone with information about Rista's whereabouts is urged to contact police.

Schoolgirl Rista Chathavixay had fallen out with her parents and had been living with her teenage boyfriend just before she went missing, police say.

She has not been seen since March 24 in Mount Pritchard, near Liverpool, and police are concerned for her welfare.

The 16-year-old has no source of income and has not accessed her bank account, used her mobile phone, contacted family or friends or been to school or work (at a local McDonald's), said David Hatchwell, acting crime manager at Green Valley police.
Advertisement: Story continues below

"We do have concerns for her wellbeing, she's a young Asian girl ... and [we don't know] whether she's found another boyfriend and being kept by him or whether she's met [with] some foul play," he said.

Rista was reported missing by her boyfriend a few days after she broke up with him on March 24 at his Mount Pritchard home, Detective Sergeant Hatchwell said.

She had been living there with him and his family since last November after a "run in" with her father at their Heckenberg home, he said.

The boyfriend reported Rista missing a few days after the break-up, after he did not see her at their school - Ashcroft High - or at nearby hang-outs, he said.

"She was a fairly quiet girl. She used to go to Liverpool shops and Mount Prichard," he said.

"There was no history of disappearance, only that she had a run-in with her dad.

"We have contacted all her known friends and the people she used to hang out with, and also people that the ex boyfriend might know."

Rista's ex-boyfriend had been helpful in the investigation and was not considered a suspect, Detective Sergeant Hatchwell said.

The pair had argued and Rista had suggested the pair take a break from the relationship, he said.

"There were no major dramas. It was a fairly amicable break-up from our investigations."

Prior to her disappearance, Rista had only limited contact with her parents, mainly with her mother, he said.

There was an alleged sighting of Rista in the Campbelltown area a few months ago, but this could not be verified, Detective Sergeant Hatchwell said.

Rista's manager at Bonnyrigg Heights McDonald's said she was working there only once a week, and had been there for only a few weeks before her disappearance.

Teenage girls frequently went missing from their family homes in the Green Valley area, but Rista's case was of concern because she had not been sighted in a long time, he said.