Minister is a suspect

Minister is a suspect

The English have a list of 15 suspects in the ‘Freeport case’, which includes a minister of Guterres

A socialist minister from the government of António Guterres is a target of the judicial authorities in the United Kingdom, within the criminal investigation that is being carried out in that country, concerning the licensing process of Freeport in Alcochete – SOL was able to establish with a source that knows the process.

The English Police is investigating the possible practice of corruption and fiscal fraud at Freeport Plc (one of the major promoters and operators of outlets in Europe) and presented the Portuguese authorities a summary of their investigation, which lists 15 suspects that allegedly were at the origin of the firm’s embezzlement. Those suspects include administrators at Freeport, Portuguese mayors, builders and lawyers – with the aforementioned minister on top of the list.

The Freeport [outlet] was built in an area that had been defined as a Special Protection Zone (SPZ), well into the Tejo Estuary, and was approved during one of the last Ministerial Councils of Guterres’ Government, in March 2002.

Substantial amounts of money then left the company’s head office in London and were transferred to Portugal, through offshores in Switzerland and Gibraltar, for the payment of bribes.

Its history dates back to 1999. Everything started with the sale of the old Firestone tire factory in Alcochete – near the natural reservation area, which was defined by the European Union as an exchange for approving the construction of the Vasco da Gama bridge and its financing through Communitarian funds.

That year, R. J. McKinney, another English promoter, managed to get the plan pre-approved, and hired a Portuguese consultancy firm, Smith & Pedro, as a legal agent. This consultancy firm was given the incumbency to obtain licenses and local approvals and to promote an Environmental Impact Study (EIS) for the project of a multifunctional shopping centre. One of the firm’s partners was Charles Smith – a British citizen who was recently constituted an arguido by the English investigation.

But at that time, the Municipality of Alcochete, which was in the hands of CDU [a coalition that included the Communist Party], respected the commitments that had been established between the Portuguese State and the EU, as the area that was covered by the business venture (the Firestone factory and its surrounding terrain, between the area that is called Hortas and the EN119) was a classified area of the Tejo Estuary, destined for avifauna, within the Natura 2000 Network. The licensing requests were therefore halted, and the first EIS was not approved by the Environment Ministry.

McKinney’s interests, which were stalled, then changed hands. Freeport Plc bought the property from them, and conserved Smith & Pedro’s services. A new EIS was submitted, which had the same destiny as the first one: in 2001, the Environment Ministry, led by José Sócrates, refused it under the argument that the project brought “high charges of visitors and of occupation that don’t match the goals of the environment and preservation policy that led to the creation of this SPZ”.

Alarmed with the possibility of losing the money that had been invested already, the English multiplied their diligences.

According to the English police, it is within this context that there is indicia that Freeport “obtained environmental authorizations with the Portuguese government through this interest representation group”. Smith & Pedro allegedly carried out “approximation” diligences between the presentations of the environmental impact studies, promising substantial bribes in order to guarantee the approval.

In 2002, on the 14th of March, three days before the legislative election that removed the PS [Socialist Party] from the government, the Ministerial Council approved the law that redefined the limits of the SPZ of Tejo International, equally approving the third EIS.

The strange part is that this one only contained insignificant changes when compared to the one that had been vetoed one year earlier, despite obtaining a favourable opinion from the Nature Preservation Institute (NPI), presided by Carlos Guerra.

According to these decisions, the boundaries of areas of preservation under Communitarian statute were being contradicted – without public discussion, or basic technical studies, or even the compulsory consultation of the European Commission (placing the Portuguese State under the imminence of returning the Communitarian financing that it had obtained for the Vasco da Gama Bridge).

It is recalled that in February 2005, the Public Ministry in Montijo opened an inquest concerning the approval of Freeport, due to suspected corruption. The Polícia Judiciária in Setúbal then carried out searches at the Alcochete Town Hall, at the head office of Freeport and at other firms, namely the office of Smith & Pedro.

Since then, the English authorities have been in contact with their Portuguese counterparts, having even proposed the creation of a joint investigative team, on the 9th of September.

That possibility was discussed during a high-level meeting in The Hague (Netherlands), at Eurojust (European judiciary cooperation entity), in last November. In that meeting, the Portuguese representation was led by Cândida Almeida, the coordinating prosecutor at the DCIAP [Central Department for Penal Action and Investigation], and included the two magistrates that hold the inquiry in their hands, as well as two joint PJ directors, Pedro do Carmo and Moreira da Silva.

The possibility of constituting a joint team ended up being put aside, but it was agreed that each party will proceed with its investigation in an autonomous manner, exchanging information and apprehended documents.

It was already after that meeting, according to what Sol was able to establish, that the English authorities sent the Public Ministry a rogatory letter requesting financial information about several bank accounts, copies of the depositions given by the persons that have already been heard within the Portuguese process, and apprehended computer and accounting data.

Number of posts : 4300
Age : 50
Location : Cave of the MOUNTAIN OF THE 3RD WORLD - PORTUGAL - St Gerald i am sending your goats to you again
Warning : 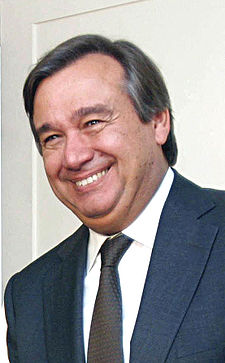 Will Amaral take over his job?

“Rumour and hearsay is not relevant indicia”

The Republic’s Attorney General, Pinto Monteiro, clarified this Saturday that, until this moment, there is no indicia of the involvement of any Portuguese minister, neither from the present nor of any former government, in possible corruption crimes within the ‘Freeport Case’.

Thus Pinto Monteiro reacted to the news that was broken by the weekly newspaper ‘Sol’, according to which “a Socialist minister from the government of António Guterres is a target of the judicial authorities in the United Kingdom, within the criminal investigation that is being carried out in that country, concerning the licensing process of Freeport in Alcochete”.

The joint general prosecutor that leads the investigation, Cândida Almeida, has already denied the existence of an arguido minister to ‘Correio da Manhã’ yesterday. “Officially, we don’t have any knowledge”, Cândida Almeida told our newspaper.

The note that was emitted by the Attorney General’s Office today further refers that “rumour, suspicions and hearsay is neither relevant indicia, nor can the Public Ministry give it any credit”.

Number of posts : 4300
Age : 50
Location : Cave of the MOUNTAIN OF THE 3RD WORLD - PORTUGAL - St Gerald i am sending your goats to you again
Warning :