Leonor tells everything about Joana death

Leonor tells everything about Joana death

Leonor tells everything about Joana’s death

Leonor Cipriano’s lawyer delivered to the Public Ministry, this Friday, a confession that was signed by Leonor Cipriano, in which she reports the circumstances under which her daughter Joana, aged eight, was supposedly murdered by her uncle, in 2004.

According to the confession, Leonor Cipriano and her brother, João, agreed to sell Joana to a childless couple. The promised money wasn’t delivered. The child realised what was happening and protested. The uncle killed her with slaps to her face and buried the body “up in the hills of Fugueira” (Portimão), in a location that she didn’t reveal and referred towards her brother.

The document, which was written by the lawyer, Marcos Aragão Correia, and signed by Leonor, was delivered to the Public Ministry in Faro yesterday [Friday], hours before the start of the eighth session of the trial of the five Polícia Judiciária (PJ) investigators. The confession is eight pages long, written on the day before yesterday [Thursday], at the Prison of Odemira, where Leonor is serving the 16 years sentence that she was convicted to, for the homicide and the concealment of the cadaver of her daughter, in co-authorship with her brother.

Marcos Aragão asserts that he wrote “exactly” what the inmate dictated him. “During the visit I sensed that she had something to tell me and I pressured her. That was when she started crying and ended up confessing what had really happened”, he said yesterday [Friday], after delivering a copy of the manuscript to the journalists.

“She can hardly write, but she read everything, agreed and signed”, he said, to justify the fact that the document had been written by him. He decided to deliver the statement because he wants “the body to be found so the child can finally have a decent funeral” and also “for this couple that is mentioned to be investigated, because they could have done the same with another child”, in a clear reference to the disappearance of Madeleine McCann.

This new version caught Leandro Silva, Leonor’s former partner, by surprise. “I had never heard this story. It’s the first time”, he revealed to JN. He added that it was only yesterday [Friday] that Aragão Correia told him what happened. They were both present at the Public Ministry in Faro, where Leandro was heard in the context of the complaint that he filed against Gonçalo Amaral over aggressions that he says he also suffered at the PJ in Faro.

What happened in the courtroom where the trial of the PJ inspectors in the alleged case of torture of Leonor Cipriano is taking place, ended up being relegated to the background. The session was used merely to avoid the interruption of the production of evidence, which would imply an annulment.

The judge read the deposition made by Marques Vidal, a counsel judge and a former national director of the PJ. A defence witness, he spared the arguidos no praise, classifying them as “serious”, “committed” and of “high level”. During the next session, the director of the Prison of Odemira, Ana Calado, against whom the General Directory of Prison Services has filed a process, will be heard.

At the origin of the inquiry were statements made by António Maia. The former chief of prison guards accused the head of the prison of suggesting the change of a service information sheet that concerned the state in which Leonor was in when she returned to the prison after the interrogation at the PJ.

Number of posts : 4300
Age : 49
Location : Cave of the MOUNTAIN OF THE 3RD WORLD - PORTUGAL - St Gerald i am sending your goats to you again
Warning :

This is unbelievable. Does anyone get the impression the freak lawyer got this confession to blame the uncle just so she gets out of prison knowing there is no case against Amaral?

They should both rot in prison and never be let out.

lubelle wrote:They should both rot in prison and never be let out.

I agree .. These two should never be left to walk the streets again .. Evil monsters the pair of them 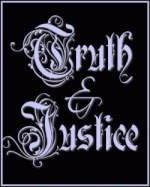