The former child star, who began her film career in 1932 at the age of three and found international fame in 'Bright Eyes', reportedly died today at home in California. The beloved child star was married twice, and in 2005 won a SAG Lifetime Achievement Award.


Used to love her films 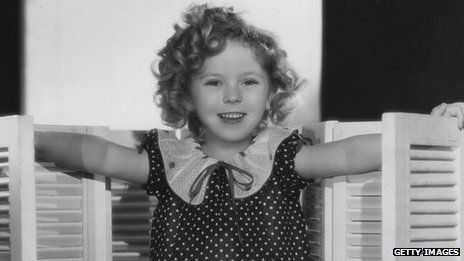 Hollywood star Shirley Temple has died at the age of 85, her family has said.

The actress found fame as a child star in the 1930s in films like Bright Eyes, Stand Up and Cheer and Curly Top.

She died on Monday at home in Woodside, California, from natural causes. "She was surrounded by her family and caregivers," a statement said.

"We salute her for a life of remarkable achievements as an actor, as a diplomat, and... our beloved mother, grandmother [and] great-grandmother."

I remember watching her films on a Sunday afternoon 30 years ago..

Shirley Temple quote: "I stopped believing in Santa when I was 6 and my mother took me to see him in a store and he asked for my autograph"