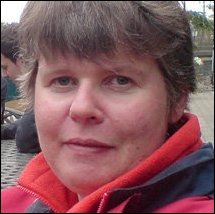 She is described as being 5'3'' with brown hair and blue eyes.

The car that Rosanne was driving, a Mazda 626 hatchback, registration number 93 D 8257 has not been located.

Gardaí seek to identify Galway body
From ireland.com06:23Monday, 3rd March, 2008
Gardaí searching for a Dublin woman who has been missing since New Year's Eve have found a body in a car off the Galway coast.

Rosanne Kenny (42) disappeared on New Year's Eve when she left a hotel in Connemara to go for a drive.

Yesterday, a car was taken from the water close to Rossaveal Pier in south Connemara, with one occupant inside.

The car was removed from the water and the body taken to University College Hospital, Galway.

The car was removed from the water by crane and the body has been removed to University College Hospital, Galway for identification.

Body of missing teacher identified
From ireland.com11:08Thursday, 6th March, 2008
Gardaí have confirmed the body recovered from a car in Connemara on Sunday is that of school teacher Rosanne Kenny.


Ms Kenny (42) disappeared on New Year's Eve when she left a hotel in Connemara to go for a drive. The Dublin schoolteacher was on holidays with her husband and brother in Co Galway.

Her body was recovered in the harbour of Rossaveal and taken to University College Hospital, Galway, for identification.

Ms Kenny's removal takes place on Friday at 5pm, and she will be buried in Shanganagh Cemetery on Saturday after 10am Mass.