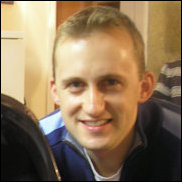 DNA tests are being carried out on a body believed to be missing Irish backpacker Ronan Lawlor.
The 28-year-old, from Durrow, Co Laois, disappeared last November after entering the Torres del Paine national park on the Argentina-Chile border.

Ronan LawlorSearches using a helicopter and sniffer dogs found no trace of him and the operation was called off last month.


However, tourists spotted a body lying in a crevice on Saturday and it has been recovered by police.

A spokesman for the Department of Foreign Affairs said: "We can confirm that a body has been found in southern Chile.

"Formal identification of the body has not yet been carried out.

Officials are in contact with Mr Lawlor's family and they are being updated on developments."

Mr Lawlor had been on a round-the-world trip and regularly updated family and friends through an internet blog.

It is understood official identification of the body will be confirmed using DNA samples provided by the Lawlor family.

A family spokesman said: "It's a sad day of course but it is also very good news because it brings a finality to things and we can now bring Ronan home to be buried."

I keep thinking....he was little baby at some stage too and his family still love him!