I'm convinced that Auntie Phil is singing some of the lead vocals.

Ambersuz wrote:It wouldnt surprise me now if the general public start to take an interest in this case again.....personally I think it stopped when the McCanns arguidos status was dropped....now that it's done another turnaround surely everyone will be itching to know why the book was banned!

I agree most members of the public long since tired of this case, but thanks to Gerry and his brute determination to get Goncalo, it is all right back in his face. As people have said, all of Clarissa's hard work blown away, particularly with those few bitter words and gestures to Sandra. Oh dear Gerry, who is sorry now

Thursday, February 11, 2010, 09:30Gerry and Kate McCann will have to wait until next week to find out if a former senior detective has succeeded in overturning the couple's ban on his book after a court hearing in Portugal ended without a decision yesterday.

The pair, from Rothley, travelled to Lisbon as they battle to stop Goncalo Amaral from repeating claims that their missing daughter Madeleine is dead.

Mr Amaral was the first head of the police investigation into the little girl's disappearance from Praia da Luz in Portugal in May 2007, shortly before her fourth birthday.

In July 2008 he published a book, Maddie: The Truth Of The Lie, which alleges that Madeleine died in her family's holiday flat and that her parents faked her abduction.

A judge granted the McCanns a temporary injunction in September last year halting further sale or publication of Mr Amaral's book and a TV documentary he made about the case.

The ex-policeman launched an appeal against the ban at the main civil court in the Portuguese capital Lisbon last month, in which he called a series of witnesses to try to support his claims.

The McCanns admitted sitting through the evidence was painful but insisted they were right to bring the case. The hearing was adjourned until yesterday, when two further witnesses gave evidence for Mr Amaral before the lawyers made closing speeches.

At the end of the hearing, which finished at 5.30pm, Judge Maria Gabriela Cunha Rodrigues said she would reserve judgment until February 18, a spokesman for the McCanns said.

Outside court, Mr McCann issued a fresh appeal to the Portuguese public for information about Madeleine's disappearance, according to the spokeswoman.

She said Mr and Mrs McCann, both 41, were due to fly back to the UK last night.

Mr Amaral's lawyers argue the material in the book is contained in the official Portuguese police files for the investigation, many of which were made public in August 2008.

The McCanns say their main motive for challenging the former policeman is the fear that people will stop looking for Madeleine if they think she is dead.

There will be a full trial at a later date on whether the injunction banning the book should be made permanent.

The McCanns are also seeking 1.2 million euros (£1.06 million) in compensation for defamation in separate civil proceedings against Mr Amaral in Portugal.

The former detective has vowed to fight all the way to the European Court of Human Rights if he loses his case.
Unquote.

The same old garbage rehashed, but the good doctor will be spitting feathers to be relegated to page 9.

They are that bert, but a pair of what? 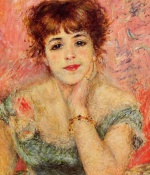 They still baulked at mentioning the most important revelation, which has to be the profiler's report recommending the police investigate the pair for homicide, but never mind the redtops already did it for them.

Notice they aren't taking comments on that story, I wonder why?

By Vanessa Allen
Last updated at 12:23 AM on 22nd February 2010
Comments (49) Add to My Stories
Missing: Madeleine McCann
Kate and Gerry McCann yesterday described their joy at winning their court case against a Portuguese detective - but said he had already damaged the search for their daughter.
The parents of missing Madeleine said they were 'pleased and relieved' that a judge had banned Goncalo Amaral from repeating slurs about them.
The 50-year-old detective had asked the court in Lisbon to lift an injunction stopping his book, Maddie: The Truth of the Lie, being sold.
But Judge Maria Gabriela Cunha Rodrigues ruled against him.
Mr and Mrs McCann, both 41, are expected to proceed with a &pound; 1.1million libel case against Mr Amaral.
They said: 'The court case has demonstrated, once again, that there is no evidence that Madeleine has come to any harm.
'It has also clearly shown that no police force is actively looking for Madeleine. The motives of those who have tried to convince the world that Madeleine is dead, and who've disgracefully and falsely tried to implicate us in her disappearance, need to be seriously questioned.'
Madeleine was three when she disappeared from her parents' rented holiday apartment in Praia da Luz, on May 3, 2007. Mr Amaral's book claimed she died in an accident and her parents faked her abduction to cover up the death.

But Judge Rodrigues said there was no evidence the McCanns were involved, adding: 'When the chief inspector's thesis says that she is dead, the ordinary citizen will be less likely to report new facts or leads.'
A further hearing will be held this year to decide if the injunction is permanent.

Meanwhile, former ' suspect' Robert Murat has made a criminal complaint to prosecutors about four of the McCanns' friends who reportedly claimed to have witnessed him at the scene.

This bit is also interesting

"But Judge Rodrigues said there was no evidence the McCanns were involved, adding: 'When the chief inspector's thesis says that she is dead, the ordinary citizen will be less likely to report new facts or leads.' "

Did she really say there was no evidence the McCanns were involved or is this just pink spin?

Re: Relief for McCanns as judge backs ban on book claiming Madeleine is dead - Updated 22/02/10

"But Judge Rodrigues said there was no evidence the McCanns were involved, adding: 'When the chief inspector's thesis says that she is dead, the ordinary citizen will be less likely to report new facts or leads.' "

Did she really say there was no evidence the McCanns were involved or is this just pink spin?

I would say this is an outright lie and dear Vanessa knows it. I don't know how the editor allows stuff like this to be printed but I suppose that's what spin is, telling lies but making it look like it's the truth. Especially when it's pink.