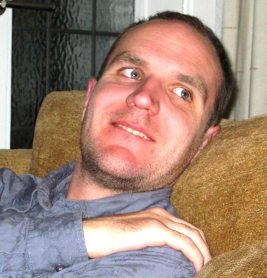 Alexander (Alex) Humphrey has been missing in Panama since 14 August - last seen at Hostal Vearon in Boquete, Chiriqui Province, near the Costa Rican border. Please help us by providing any information you may have.

Or from the UK you can call our 24 hour central freephone information hotline on 0800 098 8485. Calls will be free from landlines but may be charged from mobiles.

If you prefer you can email any information to operations@missingabroad.org

All information will be treated in the strictest confidence and you do not need to leave your name.

As Denver keeps telling me, it’s ages since I posted on Alex’s websites, but that is because I keep hoping there will be news on the police visit, but nothing actually happens.

The situation as I understand it at present, is that the police in Boquete, where Alex disappeared, are waiting for two police officers from Manchester to arrive. These two officers are ready to go – they have even had their vaccinations – but they can’t move without a diplomatic invitation from Panama which comes from Senior Victor Garcia, the Head of Interpol there. Nobody can get a response from Sr. Garcia.

So far we have involved [in no particular order], our MP, Mark Hunter; the Panamanian Ambassador to the UK; the British Ambassador to Panama; David Milliband, Foreign Secretary; the Assistant Chief Constable of Greater Manchester Police; the Chief of Police in Panama and probably several others. None of these people appears to have any objection to the visit.

Interpol London have been persuaded to co-operate. I have written to the President of Panama. But then there is Senor Garcia.

I keep thinking that Alex would have considered all this to have tremendous potential for a play, an epic poem or a few well-chosen sardonic remarks!

I am still in Miami. The delays are driving me crazy. The only people keeping me together are the family and Matt Searle of Missing Abroad and the support of all of you. And I really don’t know what to do next.

I have been warned off trying to use the Press on the basis that I will lose the co-operation of the two governments – and Sr Garcia? I cannot let this go – not only because of Alex – but because there will be others. If we could break through this diplomatic [here substitute whatever expletive you choose], it might make it easier for another family in the future.

So, I want to ask your help. I am going to message each of you individually and ask you to e-mail Sr. Garcia. Just a couple of sentences. I’ll make some suggestions although my Spanish is not that good. It doesn’t really matter whether you write in English or in Spanish, or what you say. I just want to try to get his attention. Then every couple of days, you could hit the resend button. Or for a little variety, send exactly the same message to his deputy Sra Gloria Silva.

Please get everyone you can think of to do the same thing. At my age, I never thought I’d want to harness Facebook technology – but there you go!

And if anyone has any other ideas, please don’t keep them to yourself!

Feb
19
In Panama
NewsComments Off
Just briefly to check in.

We’re fine:  flight ok:  PI Brett met us at airport:  Don Winner who happens to own the on-line English speaking newspaper Panama Guide took us to internal flight next morning.  He asked some questions;  had some ideas;  I was discreet [fairly].

Arrived in David Wed lunchtime.  Went straight to Boquete.  Fiscal’s office closed, [end of Carnival] so went to talk to owner of hostal where Alex had stayed.  2 1/2 hours later we had quite a lot of information and scathing reports of the initial response of the Pan. authorities.  Also found turism centre where Alex had made enquiries and got phone no. for Isabel who had spoken to him but had since left that job.

Today, went to find Sinaproc in Boquete who are great.  He is arranging meeting tomorrow morning with Mayor, police, legal people and Uncle Tom Cobley.  8 a.m.!!!!!  Also have just had a rep of the Ministry of Tourism out. Minister apparently wants Alex found! Have been to Majagua – last confirmed sighting – much talk about prostitutes:  are still trying to work out why Alex went there and more importantly where he went next.

Denver, the phone business is likely to be a dead end, but Isabel distinctly remembers seeing him with one.  If his phone isn’t tri band and doesn’t have a Pan chip, it would be useless.  Unlikely to have bought a local phone.

Have also picked up completel police file – runs to 450 pages in Spanish and waited a couple of hours for authority to take it and for them to copy it.

Brett got off to a slow start but is very good at getting people to talk and completely bi-lingal.  He now seems to have found his stride.

Denver will e-mail separately tomorrow about costs and how long we should let this run.  Brett has just gone to take Isabel home and then we’re going to have dinner and work out where we are up to.  The ‘Irish couple’ are on record, it appears, in the tourist centre:  first confirmed news of them.  Something for Manchester police to work on?  Or the Guardian.

We’re exhausted:  particularly martin who doesn’t understand any of the conversations in Spanish.  Not that I get much, but enough to keep me interested.

I still favour the alien abduction theory – what can I say?  It is ironic that Alex is achieving something of the status of an urban myth!  EVERYONE knows about him.

Hope this makes some sort of sense:  I’m tired and trying to get everything across to you.

Feb
27
Back in the UK
NewsComments Off
I got back on Thursday morning and seem to take longer to get over the jet lag each time!  Old age creeping up, I guess.

Nothing really new to report.  We confirmed that Alex had been seen at a local ‘beauty spot’ – well that’s how it’s listed in the Lonely Planet Guide, but apparently it’s now a hang out for druggies and prostitutes, as well as being used by families as a nice place to swim when it’s hot.  Alex had been there on Thursday afternoon [13th] and spoken to a woman there – it was she the TV station later dubbed a prostitute.  Brett hasn’t been able to find her yet but is going back next week.  Maybe she knows where he was proposing to go next.

We also have the names of a couple of Irish guys he met in the Information Centre.  We are following up on that one.

Also Brett is going to check out a couple of other reported sightings but they’re are a long shot.

More realistically, I have left a blood sample for comparison purposes if the authorities should find anyone.

Having the bilingual PI in charge meant we got a lot more done, but we also checked in with the authorities, all of whom are still very aware of the case – particularly the search and rescue people because he is the only one they haven’t found.  In Boquete, everyone was really helpful.  Left money from the Desperately Seeking Alex event at the orphanage.  Heart-rending.  Will have to find a way of sending more.

Got started on the police visit as soon as I got back, but am losing all hope of that ever happening.  Central government in Panama is just impossible to penetrate.  They don’t use electronic communication much and unless you are actually standing right in front of them ……………  May ask your help in pressuring British Ambassador in Panama and Panamanian Ambassador in London.  Will send details if we decide that’s the way to go.

Will keep in touch

Mar
12
Panamanian Government has refused to allow police to visit
NewsComments Off
As I said on facebook, we heard yesterday that the Panamanian Government has refused to issue an invitation to the British police to go to Panama to collect evidence for a UK inquest. For what it’s worth, the invitation was not the responsibility of Interpol, despite what everyone from Lady Kinnock down was telling us. Nor was it the responsibility of the Chancellery as Sr Garcia told us. It was Sr Javier Carrillo – you remember him: the one with the filter on his e-mail so nothing we sent got through.

His reasons: that they have already undertaken a ‘comprehensive investigation’ and since there is currently no investigation [they won’t continue because we cannot prove that a crime has been committed (I know, they can’t prove that a crime hasn’t been committed, but that’s the way it goes), there is nothing for the British police to assist with.
5 months totally wasted, when we could have had a Private Investigator filling in the gaps in the ‘comprehensive investigation’. Nothing done in all that time, because we thought that the police were going out there. All that time wasted because it takes 5 months for the Panamanian Government to make and communicate their decision. Alex was a human being: he deserved better.
There’s nothing we can do, but if you can afford the time and the price of a stamp, you could make your feelings known to the Panamanian Ambassador in London – Sr. Gilberto Arias, Panama House, 40 Hertford Street, London W1J 7SH. It won’t change their minds – too much face would be lost – but it might make you feel better, and it would certainly make me feel better.

All I can say is that we feel Alex has been completely betrayed by the system. What seemed like a promising collaboration between two local police forces pooling their expertise, has been sabotaged by desk-bound diplomats. We tried, but they beat us.
Gill

Alex Humphrey, a very good friend of someone close to me, went missing in Panama 7 weeks ago and since then, there has been no trace of him.
Alex was due to fly back to his Manchester home and job on 29th August, but was last seen on the 14th August, leaving Hostal Vearon in Boquete, in Chiriqui province, where he was apparently heading out to see the Balneario Majagua waterfall.
It's a very scary situation and everyone who knows Alex is desperate to know what has happened. I know Alex personally, and as a journalist I wanted to help get some coverage to alert people in the UK to the situation. I have written an article for today's Guardian about Alex, after talking to his mum Gill earlier this week.
The article is focused on Gill's journey out to Panama where she headed last Wednesday - hopefully with some news of Alex when she returns next week, and I very much hope the article will help bring forward any news of Alex.
If you have any information that might help in the search for Alex Humphrey, email aghumph@yahoo.co.uk or telephone Greater Manchester Police on 0161-872 5050