The stark reality of missing children’s families in Korea

The stark reality of missing children’s families in Korea

Losing a member of a family not only breaks family members’ hearts but also breaks families. Firstly, a conjugal relationship starts to break once their loving child is lost in the world. Many missing children’s parents cannot bear seeing each other, because every time they look at each other’s face it reminds them of their missing child. As a result, they often end up getting divorced. “About 70% to 80% of missing children’s parents get divorced. Fathers turn to alcohol and mothers cry everyday. They stop talking to each other.” says Na Joo-bong (National Organization of Finding Missing Children and Family). 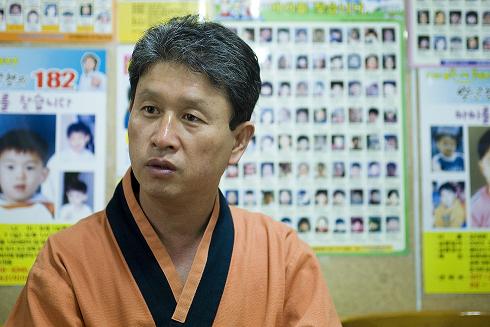 In addition, some parents commit suicide. “One day, I tried to contact a mother from one family. However, I could not get in touch with her, so I visited her house and found out that she had committed suicide,” said Na.

There are only a few special teams of agents for finding missing children, and usually it is hard to expect those agents’ help, since they have too much work already. Moreover, research done by *Seoul Shinmun* shows that the number of policemen in charge of missing children are on average only two per police station, and those are in concurrent positions.

Missing children had no chance to say goodbye to their loving families. Since there were no goodbyes, the families cannot let go of their sorrow. Broken families, a flawed system, and withdrawal from social activities should be cured, fixed, and helped. The sad story of losing a family member is not just someone else’s story, it could happen to any family. Ending this sad hide-and-seek for missing children’s families will make our society’s future bright.

Re: The stark reality of missing children’s families in Korea

Its sickening that these families have no hope in finding their children. Think of all the millions the McCanns have had and still Maddy is missing. Finding children is not about money, its the public who help not the authorities.