Chapter 11 - Analysis Of A Crime Scene - Apartment 5A

Chapter 11 - Analysis Of A Crime Scene - Apartment 5A

ANALYSIS OF A CRIME SCENE. APARTMENT 5A

It's 10am. After dealing with everyday matters, I join the team of investigators responsible for the Madeleine case. The Leicestershire police are present at these meetings, as well as José Freitas. The latter, aged 46, is descended from Portuguese people who settled in Madeira and emigrated to the United Kingdom to find work and a better standard of living. Violent crime, abduction and illegal confinement are the speciality of this high-ranking Scotland Yard officer, who joined us eighteen days into the investigation - the English authorities consider that the presence of a man who knows Portugal and its culture could facilitate the investigation. He speaks our language with a British accent: until he left - at the time of the McCanns' return to England -, he never managed to say imprensa, which he always pronounced empresa. *

We take stock of the different operations set up, then we examine the photos taken on the night of May 3rd.

The apartment is made up of two bedrooms, a lounge, a kitchen and a bathroom. What immediately jumps out is the order that prevails in the bedroom where Madeleine and the twins were supposed to have slept. There is nothing to indicate that any abductor had passed through the window.

- How high is the window ledge?

- 91 centimetres. There is a bed against the wall under the window, where it looks like someone had slept. At the foot of the bed, against the same wall, there is a wicker armchair. No shoe prints were found on it.

- What distance between the bed and the window ledge?

- 40 centimetres. But no footprints on the bed either.

- OK, so either or: either that window plays no role, or we have a case of two people, one inside and one outside.

(*These two words, with similar pronunciation, are very often confused by those who do not speak fluent Portuguese, which can give rise to misunderstanding. The first means "press," and the second "business.") 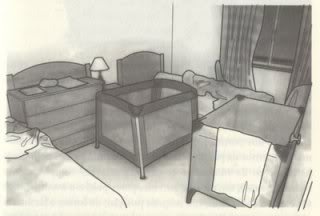 Looking more closely, the room is not as tidy as it first appears to be. The bedroom window is protected by a shutter that only opens from the inside. A black-out curtain, that keeps out the light, comes down to the window ledge. At the sides, just brushing the floor, are two other curtains with tiebacks; they are drawn towards the centre of the window, but not completely closed. 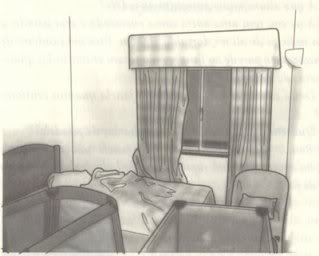 The right-hand tieback has fallen between the foot of the bed and the wicker armchair - the back of which is stuck to the curtain. On the left, the tieback is hanging from its holder, but the curtain isn't straight, as if someone had tried to close it in a hurry. While the tiebacks should have been hooked up, none was in the correct position. Kate insists that the curtains had been completely closed, and that the abductor must have half-opened them to facilitate his escape through the window. But the tiebacks serve to hold the curtains to the sides while they are open; to close them, of course, they must be unhooked. So, it's in pulling the curtains to close them that they would inevitably be in that position. It could reasonably be thought that the abductor had tried to close the curtains after he went through; that would only have slowed him down. 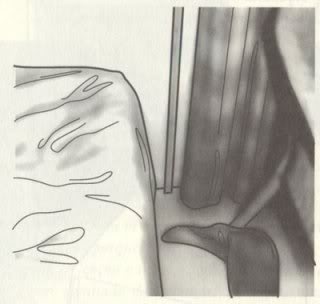 Another hypothesis is to suppose that the curtains had been arranged like that after the disappearance. In that case, we would instead be dealing with an attempt at faking the crime scene.

These first observations are not the only ones that lead us to consider a set-up. The way the bed sheets were arranged but also the child's soft toy equally raise doubts.

- Do you see how the sheets are lying? You'd think the child got out by herself....or that she didn't sleep there.

- Someone could have unintentionally touched the curtains while looking for the little girl inside the apartment.

- And the soft toy she slept with? That's not in a natural position either. How would she have found it, along the pillow like that?

- The mother says that the soft toy was beside the pillow when she noticed the disappearance, which, according to her, was its usual place.

- Which means that the little girl slept without holding it? Children normally clutch their security object to fall asleep. But if that's not the case here, the way it's placed doesn't seem natural. She would inevitably have moved it turning over in her sleep. 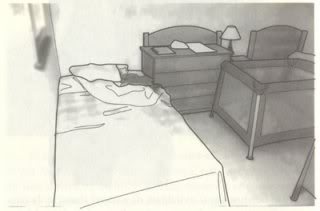 Re: Chapter 11 - Analysis Of A Crime Scene - Apartment 5A

Where cases of missing children involve the close family, modification of the crime scene is common. But the comings and goings and searches inside the apartment might be the source of these changes. We have to be absolutely sure that it's not a deliberate attempt to put up a smokescreen.

- What does the father say?

- That when he came to see the children, it was all like that, the blanket and the soft toy.

We carry on looking at the photos of the bedroom: the two cots are in the middle of the room and are in the way of an adult moving around.

- Why is there nothing more than mattresses? All the bed linen has been removed. I really wonder why...

- Perhaps a child vomited or soiled the sheets, and they didn't want to leave them in that state... 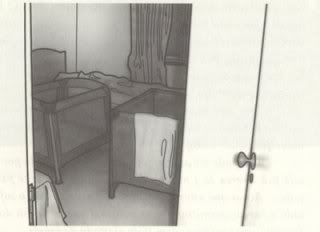 - The twins only woke up when they were being transferred to the other apartment. They sleep deeply, those English children...

- Actually, I'm not joking, I'm thinking aloud...All the same, it's extraordinary. These English little ones are on holiday; in spite of the excitement they must be feeling, they go to sleep every day at the same time. Their sleep is so deep and so calm that they are almost to be envied.

We then examine the photo of the lounge. This room has three openings: two windows and a patio door that opens at the back onto a balcony, from where you can see the area with the swimming pools and restaurants and the road. It is this patio door - and not the front door - that is used when you want to get into the apartment more quickly, coming from the restaurant. We notice that the sofa, situated under one of the windows, has been moved: the back of it is crushing the thick curtains. If these were closed to keep the light out of the room, it's curious that those at the other window were left open.

- That sofa could have been moved when they searched the apartment looking for the little girl.

- It's possible, but consider: the window is 3 metres above the road and directly overlooks the pavement. You can bet your life that the parents were not going to leave the sofa pushed against the wall and risk seeing their children climbing onto it and falling. 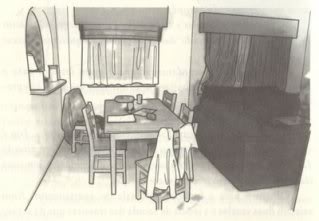 - Nothing surprises me any more on the part of those parents.

- Yes, but why did they push the sofa back under the window so hastily, judging by the position of the curtains.

- No doubt it was during the searches; that could have been done by a police officer or anyone else who was present in the house.

It's the father who clarifies this point for us. He, himself, pushed the sofa against the wall because the children would not stop playing behind it. He did not consider the possibility of a fall from the window. The role of this sofa is important if you imagine the hypothesis, not of an abduction, but of an accident inside the apartment itself. If it was really away from the wall before the abduction, it may be that Madeleine had climbed onto it and fallen down the other side.

At this stage of the investigation, we have already requested the holiday photos from all of them. On the dining table, we notice a digital camera and we decide that we must acquire its contents.

- We are really going to need the photos. That would allow us to see exactly what took place during dinner, how they were seated round the table, what they drank, what they ate, how they were dressed, everything is important.

- In fact, do you know that the little girl's father got on his knees imploring the GNR police officers to help him when they arrived?

- I think you're watching too many thrillers. Don't forget that it's his daughter who has disappeared!

- There are two beds in the parents' bedroom, which have been pushed together; there is a wide space on the right, up to the wardrobe. One of the two beds has visibly not been occupied. 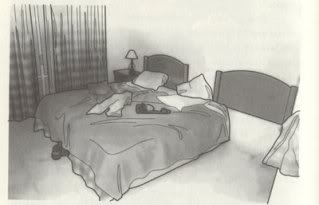 - I don't understand the point of leaving so much space on the right.

- Normally, one of the two cots was there.

- So, the couple slept in that bedroom with the twins, and Madeleine in the other? OK... But why, on that night, are the three children sleeping alone in the other bedroom?

- Not necessarily alone. In the photo, you can clearly see that the second bed, under the window, has been occupied.

- So, only one person slept in the parents' bedroom.

- The mother would have left the father to sleep alone? That could mean there was trouble between them?

- Now, they walk around hand-in-hand. And as if something had changed during the holiday?

- Where is their medication? None has been found, not even a bit of Benuron*. For doctors...

- Perhaps they took it with them when they took the twins from the apartment. Now, it's a bit late to clear up that detail.

- The little ones weren't ill, so why were their parents eager to take the medication along with them?

- Perhaps it was intentional, perhaps not..

- Or it's quite simply at the bottom of a bag, and no one thought to ask them about it.

(* Medication for everyday use - paracetamol - for pain and fever)