Missing Madeleine :: Missing Children :: All Countries :: Missing in the USA 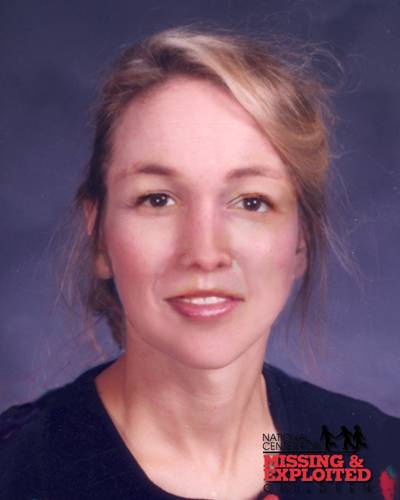 
Mindi's photo is shown age-progressed to 43 years. She was last seen at her residence in Mesa, Arizona. Mindi had prior orthodontic treatment, as her braces were removed in 1980, prior to her disappearance.

Seventeen-year-old Mindi Chambers vanished in 1982, three days after she told Mesa police her father was molesting her.

There is little evidence of significant investigation into the molestation, and all indications are that her disappearance was treated as another runaway.

Mindi Chambers fell so far through the cracks that it took 13 years for someone to file a missing-persons report.
Family members thought she ran away or was living in Utah, trying to put a life of tragedy and abuse behind her.

Now, after nearly three decades, police think they know the ending to the story of a sad, tortured life made even sadder by a system that failed her.

Mindi was 2 when her mother was found dead in the bathtub of their home in Yonkers, N.Y.

Family and police suspected Mindi's father, Allen Chambers, of killing his wife, yet none could provide proof.

"Allen appeared on my doorstep that day he found Mary," said Richie Smith, a retired New York detective once married to Mindi's aunt, Kali Smith. "He had scratches on his face and arms, yet he was never brought up on charges. They said they had no evidence."

Soon after, Allen Chambers assaulted a woman and was sentenced to seven years in prison.

He sent Mindi to live with his mother in Chandler. When she died, Mindi moved in with an aunt, Carin Brauer, of Phoenix.

"Mindi was a good little girl," she said. "Her and Kathy, my middle child, were inseparable."

When Mindi was 5, Chambers was released and demanded custody. With no legal avenue to stop him, Brauer handed Mindi over.

Chambers became controlling and shut out family members. Contact between Mindi and her aunts stopped.

Then on Oct. 16, 1982, Mindi told police that her father had been molesting her for five years, said Det. Michael Melendez, a Mesa police spokesman.

Records show Child Protective Services immediately placed her with her stepmother, Pat Chambers, who was in the process of divorcing Allen.

"Three days later, she goes missing," Melendez said, "and nobody reported it."

In 1995, Brauer learned that Mindi was not reported missing and asked police to look into it.

When officers followed up with Pat Chambers, she said Mindi helped get her children ready for school the day she disappeared, but wasn't home when she returned from work.

Mindi's purse, ID and other personal items were left behind.

In a recent interview with The Republic, Pat Chambers wouldn't say why she didn't report Mindi missing, though the girl's aunts said she had run away before.

"I loved her dearly, and I miss her," Chambers said. "There isn't a day that goes by that I don't think of her."

Police records show CPS called Allen Chambers about the molestation six days after Mindi went to police, but he hung up.

There is no indication of further investigation. CPS officials said last week that they could not comment without researching the case further.

On New Year's Day 1984, the body of a young girl was discovered near Houston in a wooded area south of Interstate 10. It appeared the body had been there about a year and had been decapitated.

With no report of a missing girl from Mesa to go on, no connection was ever made.

Last year, however, a forensic anthropologist with Texas State University re-examined the remains and determined that they belonged to a 14-to 18-year-old girl, 4 feet 10 inches to 5 feet 2 inches tall, with brown hair. The girl had once worn braces on her teeth, like Mindi. A forensic sketch of the victim bears a striking resemblance to Mindi.

"When you look at all these things, it appears this is the girl," Melendez said.

Police have been unable to locate a source for Mindi's dental records. They conducted a DNA test on a half sister, but there was no match. DNA from a paternal blood relative would tell for sure.

That is unlikely. Allen Chambers, a long-haul trucker, died in 1994 when he fell asleep at the wheel on a rain-slicked Virginia highway.

"It's amazing that almost 30 years later, this is so raw," said Kali Smith, an aunt who now lives near Coco Beach, Fla.

"We tried so hard to get her away from him," Smith said. "The man was dangerous. It's still so raw because you feel like you've failed a child."

Identifying Characteristics: Mindi had braces which were removed in 1980.

Circumstances of Disappearance: According to Mindi's half-sister, Mindi walked her two half-sisters to school from 2148 E. University Ave, Tempe AZ 85281. When the two girls came home, they found the front door was left open. There was no sign of a disturbance or of Mindi. There was a sighting of Mindi that day using a pay phone at a Circle K convenience store on the corner of University and Price in Tempe. The store clerk there said that Mindi made a phone call and then left.

Missing Madeleine :: Missing Children :: All Countries :: Missing in the USA