I was talking to a lady in my painting class today and I found out that she works a lot in the church at Praia da Luz. She is a very devout woman and does Sunday school there as well as singing in the choir and for weddings. I asked if she knew the Pastor Hubbard and she said yes. She also told me that Mrs. Hubbard has returned to Canada while her husband stays in Portugal. When I told her what I thought of the McCanns and that I believed that Madeleine died in an accident, etc. she looked absolutely flabbergasted. She is so religious that she could not believe that a mother who had IVF could do anything to her child and also as doctors they would never panic. She thought that the police files were secret but I set her straight. The painting teacher then mentioned the cadaver dogs. This is the first time that I have met anyone who knows nothing about the case and is convinced that the McCanns are innocent. Hopefully she might look up on the internet some of the sites I spoke to her about. I find it somewhat interesting the Mrs. Hubbard is no longer at PdL and I would like to know who Kate sees when she makes her visits to the Algarve.

Yes indeed, they do seem to walk among us!
Incredable that someone holds a view based
upon nothingness, or a view formed by deference. 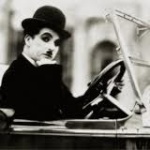 If Mrs Hubbard has left the cupboard - who cares? IMO hubby Hubbard played a pivotal role in the McCann affair. The whole thing could have come straight out of a novel by EM Forster. No wonder the Portuguese feel trodden upon by an Imperial power - having your church taken over by the likes of the Hubbards and McCanns must be hard to take.

If it was a film, I'd have him earmarked as a baddy, for sure.

The only "goody" in such a film would be Madeleine herself; not forgetting the police and ordinary people whose livelihoods have been ruined by Team McCann.

From JH's forum - an explanation as to why Susan Hubbard is in Canada:

almostgothic wrote:From JH's forum - an explanation as to why Susan Hubbard is in Canada: