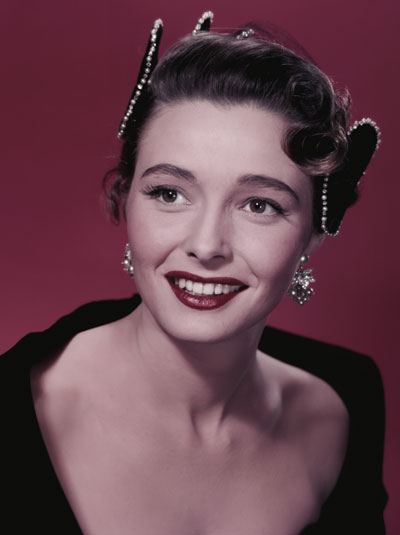 The husky-voiced American, who had lung cancer, won an Oscar for her role in the 1963 film Hud, in which she starred alongside Paul Newman. Neal was married to author Roald Dahl for 30 years but her personal life was marred by tragedy. The couple's eldest child died aged seven from measles and another suffered severe injuries after being hit by a taxi at just four months old. Neal suffered three strokes and was in a coma for three weeks while she was pregnant with her and Dahl's fifth child in 1965. But she recovered and returned to acting in The Subject Was Roses. 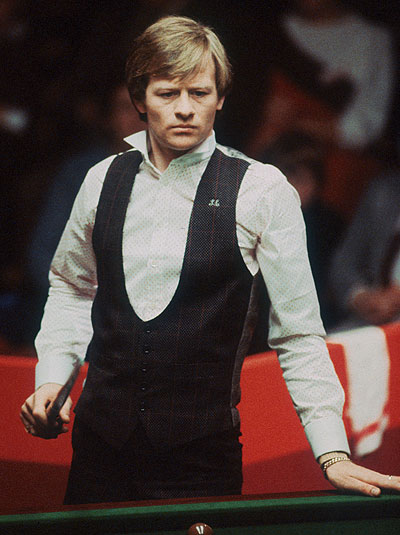 Nicknamed Hurricane, he won the World Championship twice and was considered to be one of the finest players of all time. A controversial figure, Higgins was banned from five tournaments and threatened to have fellow player Dennis Taylor shot. But he inspired a generation of players to take up the game, with his influence seen in later stars such as Ronnie O'Sullivan. Higgins had throat cancer for more than a decade as well as problems with alcohol and smoking. 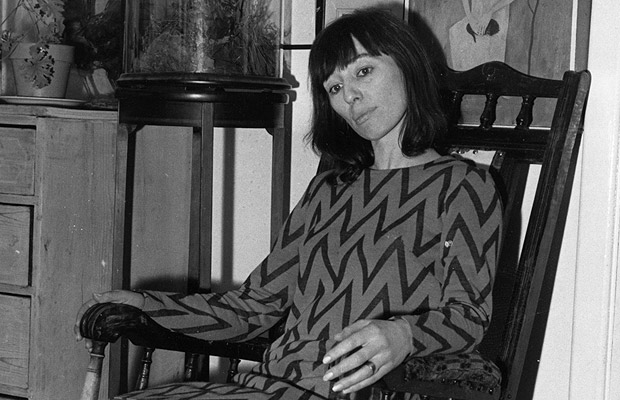 Regarded as a master storyteller, Dame Beryl's acclaimed works included An Awfully Big Adventure and Master
Georgie. Her historical novels made her one of the best-known figures in post-war British literature. Her biographer Sir Michael Holroyd described her as "up there with the best". 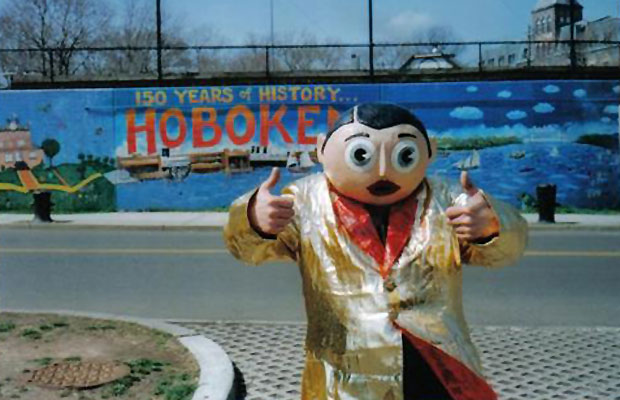 Known for his over-sized, papier-mache head, his TV fame peaked in the early 1990s with his own series - Frank Sidebottom's Fantastic Shed Show. David Behrens, who produced the 1992 ITV series, said: "Chris was a genuinely funny and creative comic talent, and he had a huge and loyal base of fans. He had been ill recently but his death is terribly sudden and sad. Mr Behrens added: "He came from a great comedy tradition in refusing to acknowledge his real identity when he was in character. As soon as the prop head went on, he'd answer to Frank, never Chris. A real one of a kind." 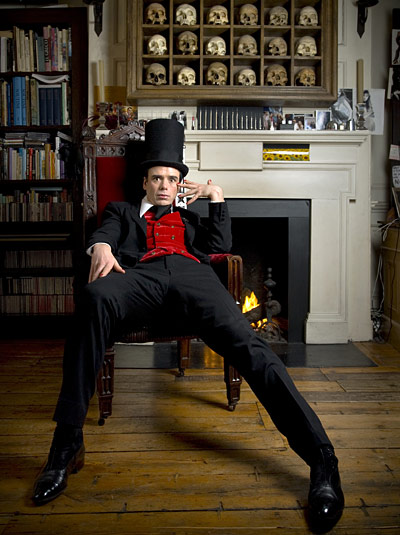 Perhaps best known for being "crucified" without painkillers in the Philippines while being filmed, Horsley also wrote extensively about his dysfunctional family and addiction to heroin. His death comes only days after a play, Dandy In The Underworld, based on his own memoir, opened at the Soho Theatre. Describing himself, he once said: "I am half-Byronic, half-moronic; part-shaman, part-showman; half-Nazi, half-Liberace." 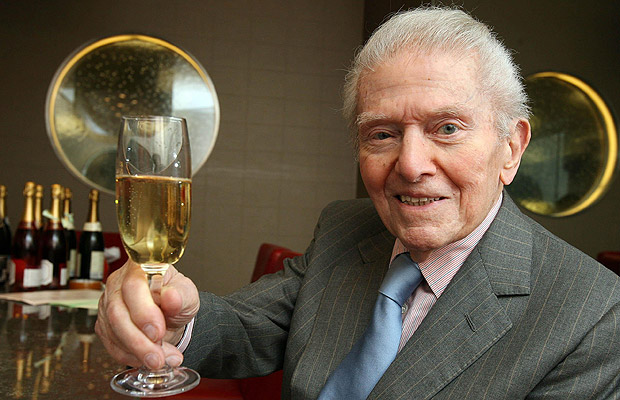 He launched the era of restaurant reviews and transformed British eating habits throughout the 1960s, 70s and 80s. His close friend, broadcaster Nick Ross, said he had "a remarkable ability to taste flavours in anything". He added: "Right up until his death, even young chefs regarded him as the monarch." 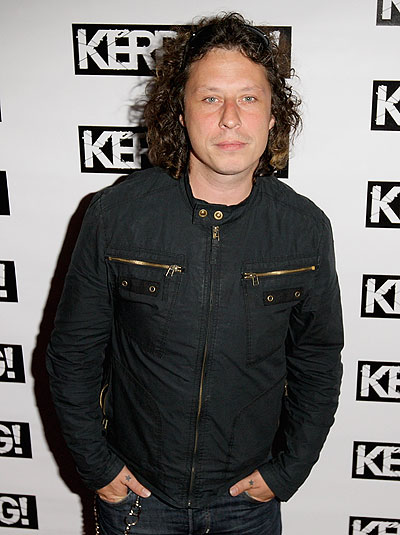 The musician grew up on the same street as Stereophonics singer Kelly Jones in Cwmaman in South Wales. They formed the band with Richard Jones in 1992 but after a number of no-shows during their 2001 world tour, Cable was sacked by letter in 2003. He had presented a rock show on BBC Radio Wales. His body was found at a house near Aberdare, Cynon Valley. Police have said there was no suspicious circumstances. Fellow Welsh musicians Manic Street Preachers were among those who expressed their shock as they praised the larger-than-life character. "Whenever you met Stuart, you always walked away with a massive smile on your face," the band said. "Such a gigantic personality which was reflected in his drumming. He really will be missed." 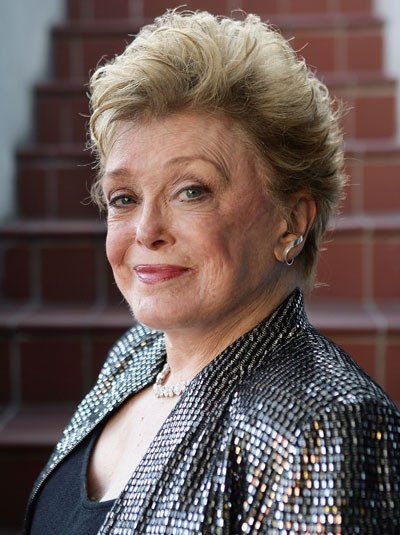 The Emmy-winning star played the sexually liberated southern belle Blanche Devereaux on the hit TV show The Golden Girls from 1986 to 1992. McClanahan died of a brain haemorrhage, her manager Barbara Lawrence said. Her death leaves Betty White, 88, as the only one surviving member from the cast of the show, which centered around four elderly women sharing a Miami home. White said of McClanahan: "I treasured our relationship. It hurts more than I even thought it would, if that's even possible." 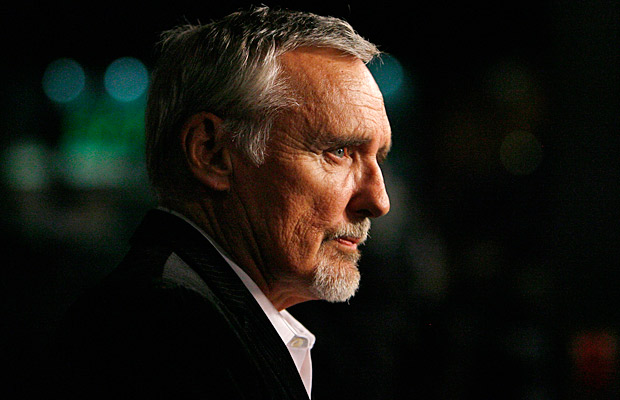 Best known for directing and starring in cult 1969 classic Easy Rider, Hopper also appeared alongside mentor James Dean in Rebel Without A Cause and Giant in the 1950s, and played villainous characters in Apocalypse Now, Blue Velvet and Speed in a career spanning more than 50 years. In a statement, Easy Rider co-star Peter Fonda said: "Dennis introduced me to the world of Pop Art and 'lost' films. We rode the highways of America and changed the way movies were made in Hollywood. I was blessed by his passion and friendship." 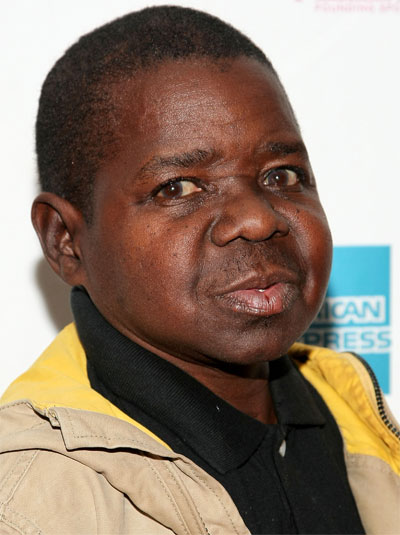 He achieved huge fame through his role as Arnold Jackson in hit TV show Diff'rent Strokes, which ran from 1978 to 1986. He was unable to emulate the success of his childhood acting career as an adult. He had been on life support after suffering a brain haemorrhage, reportedly following a fall.

Singer Janet Jackson, who appeared on several episodes of Diff'rent Strokes, tweeted: "He has left a lasting legacy. I know he is finally at peace." 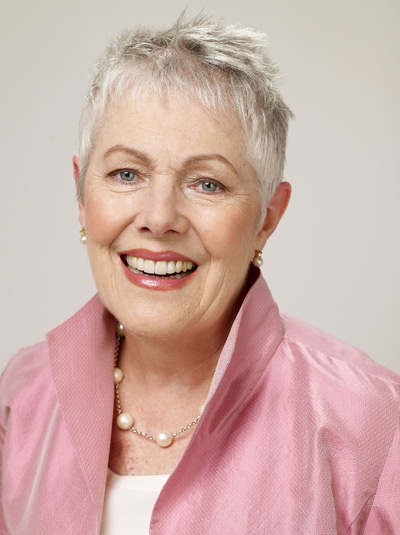 The star of the 1960s hit film Georgy Girl died at her home in the US state of Connecticut after a seven-year battle against breast cancer. Redgrave was nominated for two Oscars, three Tony awards, two Emmys and a Grammy during a career spanning four decades. Director Michael Winner, who cast Redgrave in one of her first movies, said: "This is terrible news, I've known her for more than 50 years. "She was a phenomenal actress, she could do comedy, tragedy - anything really - with absolute ease." He added: "She was a wonderful person and a brave woman involved in many causes." 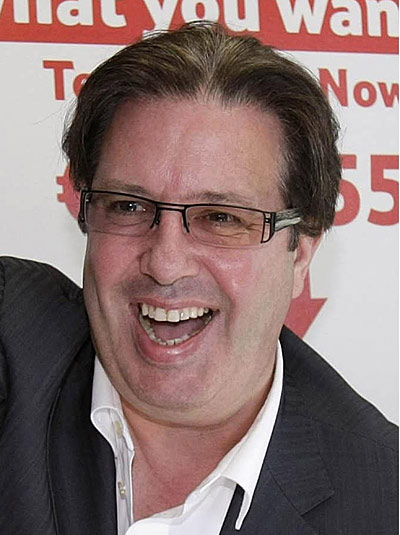 The father-of-five was a hugely popular and often controversial character, widely credited with pioneering talk radio in Ireland.

Ryan had presented his Gerry Ryan Show on Irish radio for two decades and was one of the most recognisable faces on Irish TV. 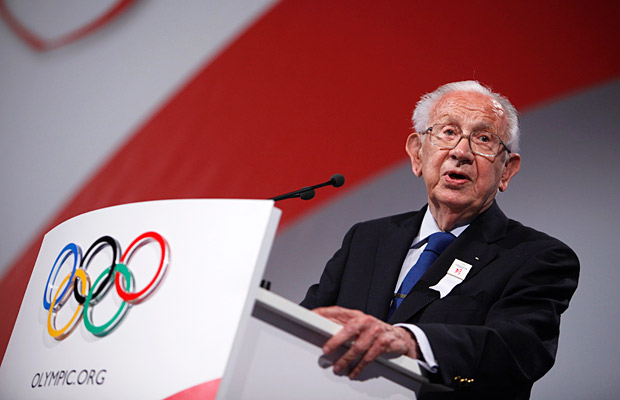 The Spanish sports official served as the seventh President of the International Olympic Committee.

During his 21-year tenure from 1980 to 2001, he proved himself to be arguably the most influential chairman who brought the organisation back from the brink of collapse. 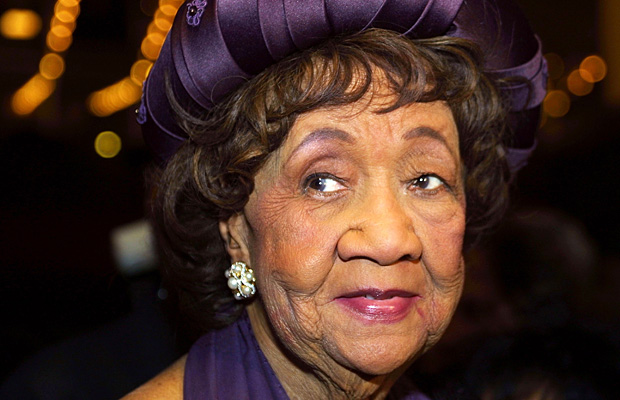 Known as the unsung heroine of civil and women's rights, Dr Height, who died in Washington, led the National Council of Negro Women for decades and marched with Martin Luther King.

She met the civil rights campaigner when he was just 15 years old, and she was on the stage when he delivered his I Have A Dream speech in 1963.

Dr Height received two of the nation's highest honours: the Presidential Medal of Freedom in 1994 and the Congressional Gold Medal in 2004. 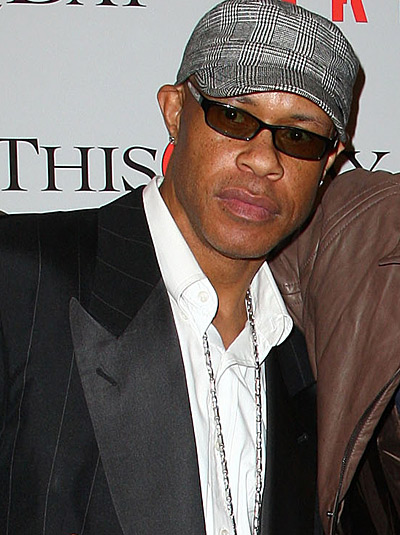 The artist, who was part of 1990s hip hop duo Gang Starr died after battling cancer.Guru also released a series of Jazzmatazz albums between 1993 and 2001 which fused jazz with hip hop.

He collaborated with a number of artists on the collections, including British star Jamiroquai. 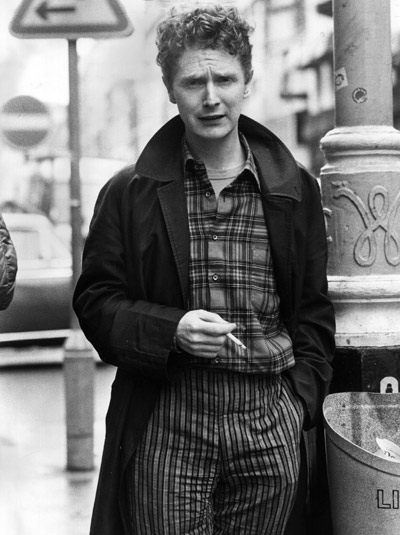 Former manager and creator of the Sex Pistols McLaren also co-owned the shop Sex on Chelsea's King's Road with Vivienne Westwood. Sex Pistol John Lydon paid tribute to him: "For me Malc was always entertaining, and I hope you remember that. Above all else he was an entertainer and I will miss him, and so should you." 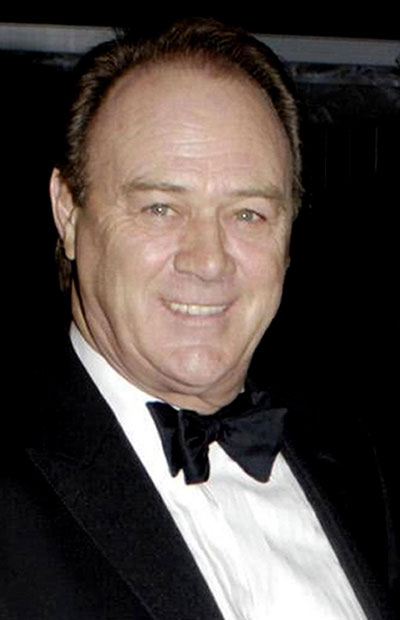 Christopher Cazenove was best known for his role as Ben Carrington in the US soap Dynasty. He also had a successful career on television, stage and radio. He lost a battle against septicaemia in St Thomas's hospital in London. Died, April 8, aged 64. 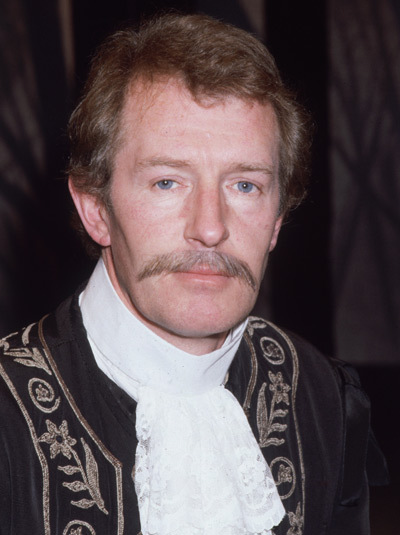 Corin Redgrave was a member of an impressive acting dynasty and enjoyed a long career on stage and screen.

He was also known for his political activism - campaigning against the Guantanamo Bay detentions and embracing Marxism. 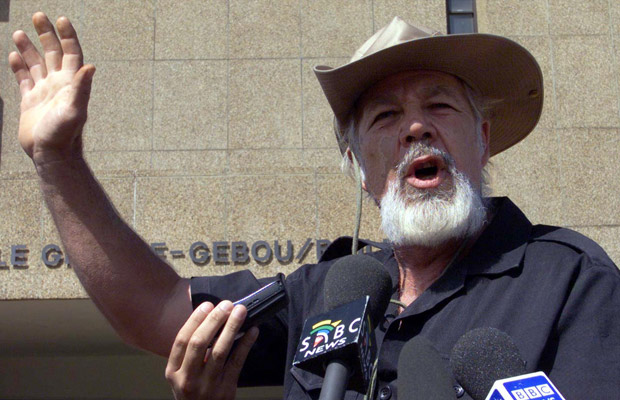 White supremacist Eugene Terre'blanche, murdered at his farm in an apparent row over unpaid wages.

Terre'blanche had wanted to create all-white states within South Africa in which black people would only be allowed as guest workers. He and six others founded the Afrikaner Resistance Movement (AWB) in 1972 to protect the rights of the Boers' descendants. In 1998, he admitted being behind a bombing campaign to disrupt the 1994 democratic elections in which 21 people were killed and hundreds injured. After being released from prison in 2004, he lived in relative obscurity. 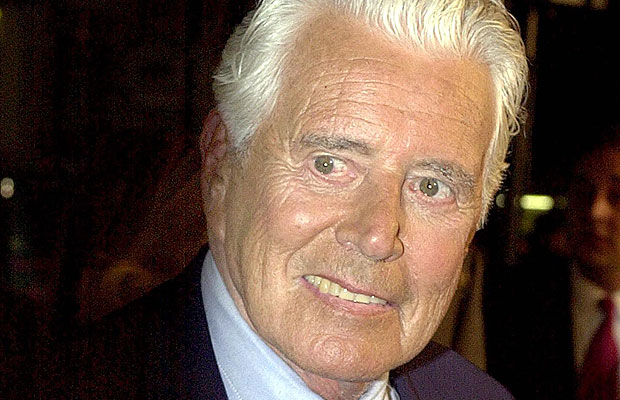 John Forsythe was the silver fox who played Blake Carrington in the massively-successful 1980s soap Dynasty. Blake was constantly getting nagged by ex-wife Alexis (played by Joan Collins), but he proved a loving husband to Crystal (played by Linda Evans).

Forsythe, also noted as the mysterious voice of Charlie in Charlie's Angels, had a successful screen and stage career.

He passed away from pneumonia after battling cancer. 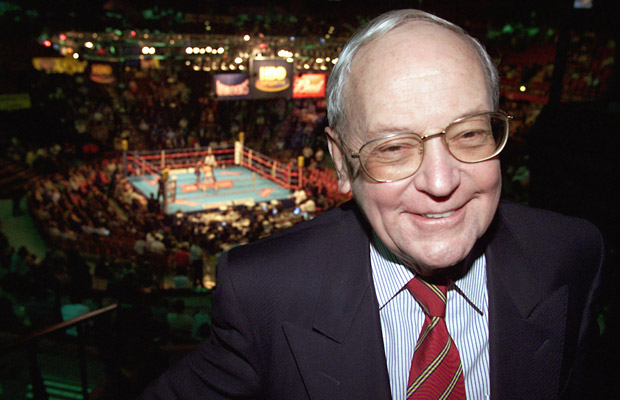 He also commented on major sporting events including Wimbledon and the university boat race, but was best known as "the voice of boxing".

He had been unwell since last summer when he suffered a minor heart attack. 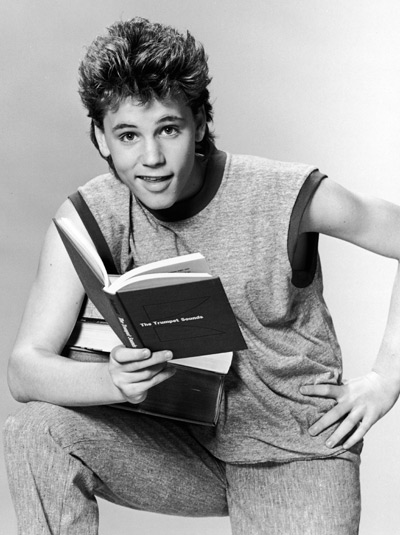 Actor Corey Haim was an 80s Hollywood pin-up, starring in films Lucas and The Lost Boys.


His first role was in the 1984 hit Firstborn, in which he played a young child caught up in a family war. Later he became as famous for his struggles with substance abuse as his acting. 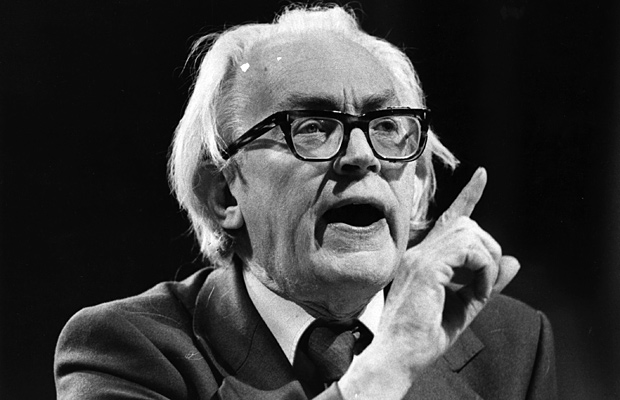 Mr Foot was in charge of the party when it fought the 1983 general election against Margaret Thatcher on a manifesto described as "the longest suicide note in history". He was leader of the Labour Party from 1980 to 1983. 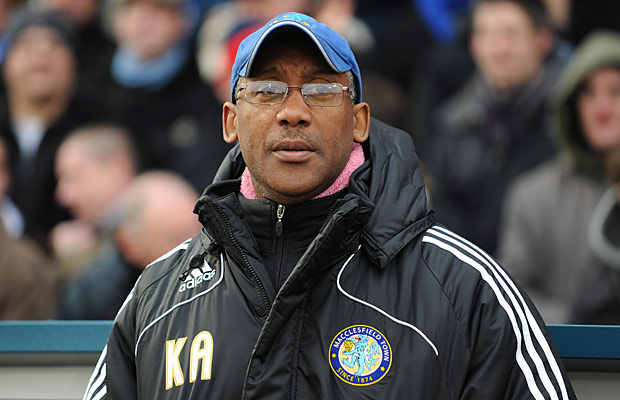 The Nottingham-born manager recently celebrated his two-year anniversary in charge of the Silkmen. He also had previous managerial spells with Lincoln and Peterborough as well as a director of football role at Bury. 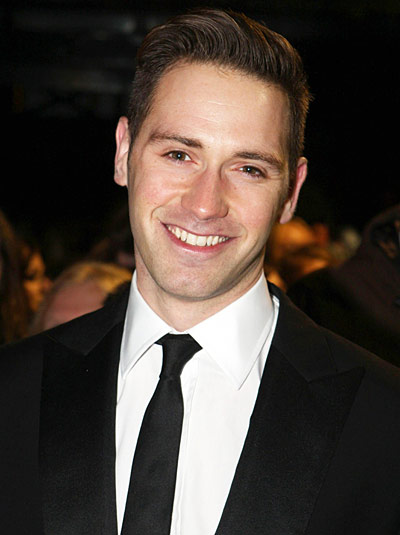 The property expert, worked on a string of programmes including Double Agents, Living In The Sun, House Swap and Buy It, Sell It, Bank It and hosted the BBC show To Buy Or Not To Buy. He also won a junior Bafta in 1997 for his short film Words Of Deception and directed a number of television programmes.