Wednesday, 12 November 2008 22:53
The Spanish jury in the trial of Paul Hickey has convicted him of homicide in line with the plea bargain reached earlier by all the parties to the case.

The final decision on sentencing will be at the discretion of the judge.

Both defence and prosecution have asked for a 15 year sentence.


Earlier the court in Spain had heard the Dublin man confess to killing his partner at their holiday home near Alicante three years ago.

31-year-old Paul Hickey, originally from Darndale, was initially charged with murder of Celine Conroy as well as causing her gratuitous suffering, with the prosecution seeking a 20 year sentence.

However, in a plea bargain agreed by all four parties to the case, Mr Hickey instead admitted only to killing her, denying the charge of causing her unnecessary suffering.


I HOPE THIS ANIMAL ROTS IN PRISON

And justice is served

In a sensational development at his trial in Spain, Paul Hickey entered a guilty plea of ‘homicide, without forethought’.

Hickey admitted the killing near Alicante in Spain, but only due to diminished responsibility because of the amount of drugs he had taken.

The admission was made as part of a bargaining plea, in which he wants a sentence of no more than 10 years.

News of the plea bargain negotiations came as Celine’s heartbroken family arrived at the Spanish courthouse in Elche on the Costa Blanca for the start of the trial.

It is alleged that Hickey left Celine dying in the Spanish holiday apartment for 7 hours.

Lawyers for the 31-year-old told a packed Spanish courtroom he should be jailed for ten years for homicide without forethought.

“It was a bloody crime but it wasn’t planned, it was with fury and rage,” Hickey’s lawyer said.

The court also heard that both Hickey and Celine had drugs in their system on the night of her killing in 2005.

Hickey, from Darndale, was accused of beating mum-of-three Celine to death in front of their children at their holiday home in Torrevieja, Alicante on August 27, 2005.

The couple had been staying there with their three children now aged 12, nine and five.

The prosecution has alleged Hickey beat Celine to death, forced the children to walk past her body and left her dying for seven hours.

Dressed in a white and blue tracksuit, Hickey sat at the front of the courtroom while the indictment was read out.

None of the Conroy family were permitted inside the court when the hearing got under way before a jury of seven men and four women.

Up to 20 members of Celine’s family including her parents Sandra and David arrived at the court this morning.

Many members of the Conroy family were dressed in black as they emerged from two people carriers outside the courthouse.

News of the plea bargain came within minutes of Hickey arriving in the back of a Guardia Civil van, greeted by a throng of photographers. He stuck his tongue out at them as he was taken into the courthouse.

A jury was selected an hour later and the court opened to the public. It is understood the prosecution has advised the Conroy family to agree to the plea-bargain deal.

Judge Gracia Serrano Ruiz would then have to formally hear Hickey’s plea and the evidence against him, before imposing sentence.

Celine had just turned 28 when she was brutally beaten to death on a Spanish holiday.

Prosecutors claimed that Hickey continued to kick and punch her after he knew he had used enough force to kill her.

Hickey has been detained in Spain since Celine’s death more than three years ago.

The prosecution alleged that the beating was so severe that Celine had all but two of her upper teeth kicked out.

“Most of the blows delivered by Hickey were unnecessary to attain his goal of killing Celine Conroy,” according to one prosecution document.

“But he continued to beat her forcefully and deliberately to increase her suffering,” it stated.

The prosecution alleged that while Celine was lying on the ground, Hickey ordered the children to come out of the bedroom and walk past her battered body.

Prosecution documents also alleged that he failed to help her and had a shower before going to bed.

The document alleged that Hickey attacked Celine at 9pm and she lay dying until 4am while he slept.

He was alleged to have inflicted 35 injuries on Celine as she lay on the ground, with 14 of the wounds to her face and neck.

Celine’s body was not found until 12.15pm the following day, August 27, when Hickey’s aunt, Nora Armitage, let herself in.

She immediately called the police who arrested Hickey.

The Conroy family spent weeks in a fraught struggle to have their daughter’s remains returned to Ireland.

Celine’s heartbroken mother, Sandra, who was battling cancer, turned to Marian Finucane on her RTE radio show to tell her of the problems of having Celine’s body released for burial.

After the show, Galway solicitor Tom McGinty rang the show and volunteered his help to the Conroys.

The highlighting of the case also brought a visit from then Taoiseach Bertie Ahern who met Celine’s parents, Sandra and Davy, and said he has asked the Irish Ambassador in Spain to personally intervene to expedite the return of her remains.

A candle-lit vigil was held outside Sean Treacy flats in the inner city and hundreds of local people and businesses donated money to help with cost of bringing Celine home.

Sandra, with the help of her family, has looked after Celine’s three children since her death.

Some 60 days after she was beaten to death, Celine Conroy was finally laid to rest.

Her then five-year-old daughter, Chloe, brought a card to the altar which read: “I love you mammy. I miss you, I really miss you. I hope heaven is nice and you’re having a good time. Love, Chloe.”

Celine’s aunt Patricia spoke of how Celine spent her summers while she was growing up visiting her home in England.


“She loved Paul to bits since she was 14. He promised he’d take care of her but we know now he didn’t.”

Last August, Celine’s mother, Sandra, told of her nervousness before the impending trial.

“I have so much anger inside me still. I’ll never get over the loss of Celine. She was not just a daughter to me – she was my best friend. We went shopping together, we swapped clothes ... I can’t describe how much I miss her.

“I feel as if a big part of me died with her. I wear nothing but black now. I don’t take a drink or go out anymore. I’m not a bitter person, but I’ll never be able to forgive and forget and get over the death of Celine,” she added.

Celine’s children speak about the night she died every now and then, she said.

Getting justice for her “beautiful daughter” was the only thing that got her through the last three years.

“I’ve suffered from cancer and had two very serious operations,” she said. “The only thing that has got me through is the thought of being there in court to represent Celine.” 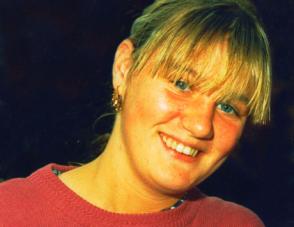