This was reported in the Daily Telegraph but unable to find it in that edition. It appears that if you fiddle your expenses, and you subsequently get ill, no charges will be brought and the case will be dropped - BUT only if you were an MP!!!!!! 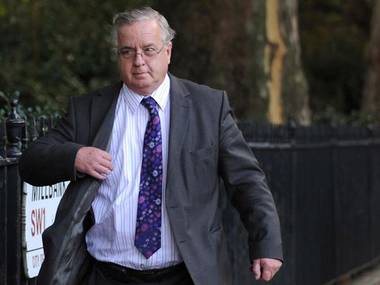 The Commons has dropped an investigation into a Tory ex-MP accused of paying more than £100,000 of expenses to his own company.

Standards Commissioner John Lyon suspended his inquiry into David Wilshire a year ago due to the former politician's bad health.

And parliament's cross-party Standards and Privileges Committee has now ruled it would be "disproportionate" to continue.

"The Committee has agreed to a proposal from the Parliamentary Commissioner for Standards that he should close his inquiry into allegations of misconduct relating to Mr David Wilshire," a statement on its website said.

"Given the time that has elapsed, and the fact that Mr Wilshire is no longer a Member of Parliament, the Committee has agreed it would be disproportionate to seek to continue this inquiry, which has been suspended on medical grounds since November 2010."

The then Spelthorne MP confirmed that he owned the business with his girlfriend, but insisted the arrangement had been signed off by Commons officials and denied any wrongdoing. He referred his own case to the Standards Commissioner, before announcing he was stepping down from Parliament.

He is not known to have paid any expenses back.

Commons rules at the time barred MPs from entering into arrangements which "may give rise to an accusation" of profiting from public funds.

Separately, Mr Lyon's office today confirmed that shadow housing minister Jack Dromey will face a formal investigation into whether he failed to declare thousands of pounds in salary from his former job as a union official.

The Labour MP is said to have forgotten to register income for several months after being elected last year.