British authorities probing the disappearance of Madeleine McCann are searching for a man they say sexually assaulted at least five British girls while they were vacationing with their families in Portugal around the time McCann vanished nearly seven years ago.

McCann was 3 when she was last seen sleeping with her two younger siblings in a vacation villa in the Portuguese resort town of Praia da Luz in May 2007. The international search for the missing toddler has yielded thousands of leads over the last seven years, but the case remains unsolved.

London's Metropolitan Police announced Wednesday that investigators are looking for a male intruder who allegedly sexually assaulted five girls -- ages 7 to 10 -- while the children were in their beds in vacation villas occupied by British families in the Western Algarve region of Portugal.

The unknown man is suspected of gaining access into a total of 12 villas occupied by British families between 2004 and 2010 in the area. In four cases, which occurred between 2004 and 2006, he sexually assaulted girls while they were in their beds, police said. In once instance, he attacked two girls staying in the same villa.

The alleged break-ins and assaults occurred mostly during "low season" in the popular resort area of Portugal, according to British police.

Of the twelve break-ins, two occurred in Praia da Luz -- the same resort town where McCann, of Leicestershire, England, was vacationing with her parents, Kate and Gerry McCann, and her two younger siblings in 2007.

The toddler's parents left her sleeping in a room with her younger brother and sister, while they dined at a restaurant with other couples about 150 feet away. The McCanns checked on their three children periodically throughout the evening. When Kate McCann arrived at the ground-floor villa at around 9 p.m., she discovered Madeleine missing from her bed.

"Whilst not identical, there are many similar aspects to each of the incidents in that in most cases there were no signs of forced entry to the property, nothing was taken, and the intruder appeared in the early hours of the morning," between 2 and 5 a.m., British police said in a statement released Wednesday.

"The suspect may have been in the villa or looking round the villa for some time before committing the offenses or being disturbed either by a parent coming in, or the child waking up. He remained calm, even when disturbed," the statement read.

Police said the man in question is described as having tanned skin and short, dark, unkempt hair. Witnesses reported that he spoke in English with a foreign accent -- his voice sometimes slow, possibly slurred. During some of the encounters, he was bare chested, police said, and had a "noticeable odor."

and had a "noticeable odor."
Yes, just like this BULLS**T story 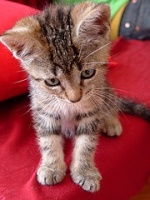 Is there any credible evidence that this man exists, or that the alleges assaults ever took place?

Fox is owned by Murdoch so the Reporter would have phoned the Sun for information I suspect. This report has more holes than a Colander , it's a disgrace.

I wonder what the McCanns are thinking , all this publicity is not really doing them any good.

YES there IS evidence he does exist...or rather he DID.

Yesterday, the British police announced that it is investigating a new lead within the alleged abduction of Madeleine McCann, in 2007, but the suspect was already investigated (and excluded) by the Judiciary Police, Diário de Notícias reports. The man died in 2009.

The new suspect that the Scotland Yard announced yesterday to be investigating, within the alleged abduction of Madeleine McCann, in 2007, has laready been investigated by the Polícia Judiciária and was dead since 2009, Diário de Notícias reports.

Euclides Monteiro, who was described by witnesses, at the time, as a man with tanned skin and dark, unruly hair, is a Cape Verde native, worked at the Ocean Club (the tourist complex where Maddie's family was spending their holiday) and died in 2009 in a tractor accident.

The inquiry was reopened by the PJ, based on the discovery of this suspect and the British press even reported the Portuguese authorities' lead.

Information that was advanced yesterday by the British authorities mention "a potential suspect of 12 crimes that took place between 2004 and 2010", who "from 2004 until 2006 sexually molested five white British girls aged between seven and 10".

The deceased Cape-Verdian man was responsible for several burglaries and lied on the childrens' beds, according to a PJ source, but never committed any rape. All of these developments were investigated by the GNR, initially, and then passed on to the PJ, which shared them with the Scotland Yard.

So black tractor man morphed into greasy tanned man or the other way round.

kitti wrote:So black tractor man morphed into greasy tanned man or the other way round.

It's not funny is it kitti when all these so called suspects have been identified and discounted. You would think that out of respect for their daughter Madeleine they would complain to the Press.....or are they in collusion with Redwood.?

If so can SY get any more ridiculous ?

What is happening with the ridiculous amount of taxpayers' money spent on one family?

I'm not getting this at all...

Are we sure everyone is talking about the same person?

Hmm ...either we've got a zombie thang going on here, or SY have been channelling Schrodinger and his cat again ......

Hmm ...either we've got a zombie thang going on here, or SY have been channelling Schrodinger and his cat again ......

Thanks Annabel, My guess is the Portugese still have not signed the 3 requests and SY are asking for more !!! I think SY might be playing games here, they know these sightings are rubbish and the Portugal is fed up with them , so if the PJ decide enough is enough and close the case.SY will say they are very annoyed about this because they were on the brink of a breakthough.

I think if the Portuguese close the case, they know they are playing into SY's hands. That's why I don't think they will.
The PJ can just sit back and watch SY making a tit of itself!

wjk wrote:I think if the Portuguese close the case, they know they are playing into SY's hands. That's why I don't think they will.
The PJ can just sit back and watch SY making a tit of itself!


I thought of that, then I thought that the PJ could give good reasons why they are closing the case and put the blame on SY for wasting their time and giving false information to the British Press ...that will hurt not only SY, but the Home office and Cameron .

Well someone must be able to Claudia.

I think its the Attorney General, Panda.

Well someone must  be able to Claudia.

Obviously. But not the PJ like I said a hundred times before.

Exactly. It's the AG's office.