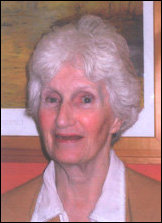 Gardai have confirmed that the remains discovered on Bray Head in County Wicklow two days ago are those of Ms Maura Reynolds.
The 78-year-old went missing from her nursing home on the 25th of December 2005.

Gardai say there were no signs of physical trauma on the body, which was identified by dental analysis.

An investigation file is being prepared for the Dublin City Coroner who will carry out an inquest in due course.

Maura Reynolds not the first to go missing from care facilities

Maura Reynolds is not the first elderly person to go missing from care facilities. Many end with tragic consequences, as recent experience shows. In May 2004, 80-year-old Mary Grace died in hospital from pneumonia after being found lying in undergrowth suffering severe hypothermia and dehydration two days after she went missing from Belmont House, Stillorgan, Co Dublin. Her inquest heard she had dementia and had left the nursing home through a door which was normally locked but was opened to let air in.

Sean Hayes, 71, a resident of Rostrevor Nursing Home in Rathgar, Dublin, died in hospital in December 2002 from complications after suffering injuries when he fell from a second-floor window of the home six weeks earlier.

A 61-year-old patient at Tullamore General Hospital who was reported missing at 9pm in February 2003 was found in the early hours of the following morning collapsed in the theatre department. He had fallen near hot pipes and was suffering severe burns from which he died three days later.

In 2000, an 81-year-old patient at James Connolly Memorial Hospital, Dublin was reported missing from his bed on a Friday night and was discovered dead on Monday evening. Georgie Wells, who was being treated for pneumonia, had wandered from his open ward in his pyjamas and ended up in a disused tunnel beneath the hospital building.

HUMAN remains found on the Bray Co Wicklow headland were confirmed as those of an elderly woman Mrs Maura Reynolds, who went missing from a nearby nursing home more than two years ago.
The discovery in dense undergrowth on the side of Bray Head was made by a local resident, who decided to cut the trees back which were growing over the back of the house and blocking daylight from entering through the windows.
Gardaí said dental analysis confirmed the body was that of Alzheimer’s sufferer Maura Reynolds, 78, who vanished from a local care centre on Christmas night in 2005.
A Garda spokesman said: “The examination of the body did not indicate any signs of physical trauma.
“An investigation file is being prepared for the Dublin City Coroner, who will carry out an inquest in due course.
The family have been informed,” he said.
Ms Reynolds’ relatives visited the scene where her remains were found, at a remote ravine on the side of the headland overlooking the Irish Sea.
The pensioner, who was also suffering from cancer, went missing from the care home on Putland Road — less than half a mile from Bray Head — after returning from a family gathering on Christmas Day.
Huge searches around the town’s seafront were scaled down almost a month after the disappearance and the elderly pensioner was presumed dead.
Superintendent Michael Lernihan of Bray Garda Station said the scene of the find had been searched at the time of the disappearance but he highlighted its “remote and inaccessible location“.
If the place where the remains were found, was at the time of the woman’s disappearance, deemed to be so remote and inaccessible to professional and trained search-teams - how then did this frail 78 year old woman get into that very same spot in the small hours of a mid winters night?.
Mystery surrounds the very fact of how this 78 year old frail lady - managed to climb to the Bray Head Headland and then get herself into a spot where even the search teams were unable to get into.
I, had difficulty climbing down to he exact spot where he remains were found, the day after A Garda Search Team had cut away the undergrowth.
It seems that the very fact that the remains lack sings of actual physical injury is sufficient to close the case, while disregarding the fact that not all methods involved in homicide cases involve physical trauma sings which might be found on the skeleton several years after death?, homicide by poisoning or suffocation for example. (the difference between being shot and poisoned).
In homicide cases, the longer the remains of the victim remain undiscovered, the better the chances are of the killer/s escaping detection and possible prosecution, because the vital forensic evidence disappears as the remains decompose and are attacked by vermin and the elements.
Also the CCTV images from the Bray seafront area of a person said by Gardai to be of a person “matching the description” of Mrs Reynolds must be seriously questioned as to the value of the images for the purposes of making a convincing and positive identification of the images as being those of the missing woman.

The owners of the care home, Paul and Anne Costello, were fined €2,000 at Bray District Court in January this year after pleading guilty to failing to ensure residents’ welfare and wellbeing.
Ms Reynolds was originally from Donegal, but lived in Sandyford, Co Dublin, before moving into the nursing home 18 months before her disappearance.

The methods of searching for missing persons must surely be called into question and put under the microscope, when even those involved in the actual search for Mrs Reynolds pose a question as to why the area of thick undergrowth where the remains were found were not re-visited by a more specialised and better equipped search team, in order to complete an actual search of the undergrowth on the slope where the remains had laid for almost three years.

At Killiney, just a few miles distant from Bray, a similar situation occurred when the remains of a missing man remained undiscovered for three years in spite of an organised ’search of the area and the fact that he could have been found while still alive, had the search been undertaken in a proper and professional manner.

8th February 2005: Edited text of news report:
Gardaí seeking to identify the human remains found close to Killiney Dart Station seven days ago have sent DNA samples to a specialist laboratory in Birmingham.
It is strongly believed the body is that of a 31-year-old man who disappeared just a few hundred yards from the location in June 2002.
The man Michael Murphy, had left the Killiney Court Hotel just moments before he went missing, his body was found at Killiney Dart Station after he had been missing for nearly three years.
A sister (now deceased) of Mr Murphy said at that time that she was extremely distressed and angry at the circumstances of the Garda investigation.
'This is too tragic for words, it's as if my brother has died twice,' the woman said.
'I mourned for him when he first went missing, I knew he was dead.
Gardaí must begin to take missing persons more seriously and search areas properly,' she said.
'My brother may have even lay there for days alive, and if the area had been searched in June 2002, he might even have been found in time,' she said. 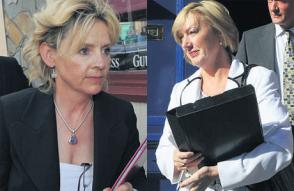 An elderly woman, whose skeletal remains were discovered in thick undergrowth at Bray Head more than two years after she was reported missing from a nursing home, had managed to escape from the building on two other occasions, but her family was never informed, an inquest has heard.

Maura Reynolds (78), care of Tara Care Centre, Putland Road, Bray, Co Wicklow, was discovered to be absent from the nursing home, where she had been a resident for over a year-and-a-half, at around 6.50am on the morning of December 26, 2005, Dublin City Coroner's Court heard.

Remains discovered at Bray Head on February 19 were positively identified as being those of Mrs Reynolds.

Anne Costello, joint-owner of the nursing home, told the inquest yesterday that she believed Mrs Reynolds had left the nursing home at some time in the early hours of December 26, 2005 through a disabled entrance door in which a key was left.

One nurse and two care assistants were employed to look after the 48 residents on the night in question, the court heard.

Ms Costello disputed the claim by Mrs Reynolds's family that the elderly lady, who suffered from Alzheimer's, had left the facility around 9.30pm on December 25, an hour or so after her son Barry Reynolds had dropped her back to the home.

The nurse in charge on the night in question, Jenny Logan, (who has since returned to the Philippines) told her that she had administered medication to Mrs Reynolds at 9.40pm. "Two staff members say they saw her after 10pm in the day room," said Mrs Costello.

"They assured me 100pc that she was in the nursing home until about 12 (midnight)," she said.

Mrs Reynolds's daughter-in-law, Priscilla Reynolds, has positively identified her mother-in-law from CCTV footage from a local amusement centre, Star Amusements, which was taken between 9.30pm and 10pm, on December 25.

The footage, she said, was somewhat grainy, but the outline of her mother-in-law's head was clear and her distinctive hair colour was evident, said Ms Reynolds.

Barry Reynolds said he agreed that in the footage "everything was consistent with being my mother".

Meanwhile, nursing home records for a day in September 2004, and for one in April 2005, indicate that Mrs Reynolds managed to get out of the building on two occasions and the incidents weren't reported to the family.

Priscilla Reynolds said she was concerned at the care Mrs Reynolds was receiving in the nursing home and needed more safety measures, following an incident in early November 2005, when she says her mother-in-law was in pain.

she spoke to Anne Costello on the matter and was assured that regular checks would be made on her during the night and that cot sides would be used.

On the night in question, the necessary checks were not made and the cot sides were not used, the court heard.

Ms Costello said a staff member had put Mrs Reynolds to bed, but she was unaware of what time that was.

A post-mortem examination by Deputy State Pathologist Michael Curtis found that the cause of Mrs Reynolds's death remains undetermined, but there was no evidence of trauma or fractures. The inquest continues today.

The inquest into the death of a woman who disappeared from a Bray nursing home is 2005 has returned a verdict of death by misadventure.

The remains of 78-year-old Maura Reynolds were found earlier this year, over two years after she went missing.

The Dublin City Coroners' Court found the cause of death was undetermined but was most likely due to exposure and hypothermia.

Agreed it is absolutely disgusting. It seems that a lot of private run care!!! homes dont protect human life in the way they should. I have personal experience of losing someone in this way.

It wasnt just the first time this lady had escaped either, and to not inform the family that their safety practises are less than adequate and let them decide if this lady should still be there is really bad.

How could a frail pensioner suffering from dementia and cancer have made it to a place where even rescuers struggled to reach? Two years on and it becomes impossible to work out what the actual cause of death is, it sure hints at something other than natural causes to me.