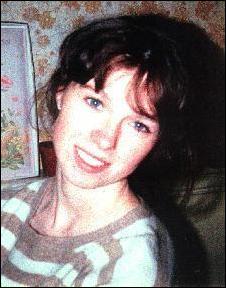 Missing since 3 January 1994 From Waterford City

Imelda Keenan was last seen on the 3 January 1994 at her residence in William Street, Waterford. She was wearing leopard skin trousers and a denim jacket. Anyone with information about her disappearance is asked to contact the Gardai in Waterford at 051-305300 or phone the confidential Garda line at 1800 666111

The information above has been placed here at the request of her brother.

Reward of €10,000 for new information on missing Imelda

Published on Thursday, December 24th, 2009 at 8:08 am
Imelda Keenan, who went missing in Waterford city on January 3rd 1994.
The family of a woman who disappeared near her Waterford city centre home almost 16 years ago have made a €10,000 reward available for new information regarding her whereabouts.

Imelda Keenan, aged 22 at the time, was last seen in the Lombard Street area of the city on Monday, January 3rd 1994, close to her William Street flat.

On December 9th 2008, Imelda’s family, from Mountmellick in County Laois, erected a plaque in honour of their sister on the bridge over John’s River on Lombard Street, near the last place she was seen.

Just weeks before the 16th anniversary of her disappearance, Imelda’s family hope that their renewed appeal for information may shed some new light on their ongoing plight.

While a pre-existing reward of €10,000 remains on offer from Crimestoppers, the Keenan family hope their additional reward might provide new impetus in establishing what became of Imelda.

“We’ve got together as a family to come up with this reward, which we hope will lead to new information about what happened to our sister,” said her brother Gerry.

Gerry, who lived in the city at the time of Imelda’s disappearance, said every Christmas without Imelda has been difficult for his family, especially for their late mother, who passed away a year ago.

“Imelda was a very shy girl – she had a small circle of friends,” he said. “She was on an Anco (FAS) course at the time in Waterford and wouldn’t have been the greatest of mixers socially.

“But there has to be someone out there who saw something or knows something about what happened to her.”

He continued: “In the fortnight after she went missing, I fully expected that Imelda’s body would be taken out of the Suir, found in The People’s Park or somewhere out in the county. But nothing – not a shred of clothing, a shoe or a strand of DNA – has ever, ever been found that could have led to establishing what happened to Imelda.”

Thanking the Gardaí and the local media for their highlighting Imelda’s case throughout the past 15 years, Gerry Keenan said his family couldn’t rule her still being alive out of the question.

“If we thought like that every day since she disappeared, I think a few of us would have condemned ourselves to early graves by now,” he said.

“With no evidence suggesting that the only outcome of this case will be the discovery of a body, you can’t abandon hope completely.”

Since Imelda’s disappearance, the small amount of money that she had saved from both Social Welfare and her Credit Union account remain untouched, which suggests she didn’t leave the jurisdiction.

“Somebody out there knows something, there’s absolutely no doubting that,” said Gerry.

“Unless you’ve been through something like this yourself, it’s impossible to know what it feels like, to wonder what’s happened to a loved one all these years.

“One way or another, we as a family, and the Gardaí for their part, want to close the book on this and not leave this matter unresolved. We need closure and I hope and pray that someone out there can help make this happen.”

If you have any information about Imelda’s disappearance, please contact Waterford Gardaí on 051-305300 or call the confidential Garda line on 1800-666-111

THE FAMILY of a woman who mysteriously vanished from Waterford city 15 years ago has made a new appeal for information on her whereabouts.

On the anniversary of Laois woman Imelda Keenan's disappearance, her siblings say they're continuing to live in hope of some news of their sister, who was just 22 years of age when she was last seen on January 3rd, 1994.

"Our mother passed away in June last aged 72 but she had never given up hope that someday we'd find out something," said Donal Keenan, Imelda's brother.

"This Christmas was a very difficult one for everyone in the Keenan family - the first without our sister and our mother. Fifteen years have passed since Imelda went missing but we want to send out the message that it's never too late for someone to pick up the phone and, even anonymously, pass on information that can bring us some closure.

"We don't know what happened to Imelda but whether she disappeared of her own accord or was the victim of a crime, we believe that somebody out there knows something."

Described as a quiet, pretty girl, Imelda - one of nine children - moved to Waterford when she was just 15.

She initially lived with her brother Gerry in the Ballybeg area but by the time of her disappearance seven years later, she had firmly established roots in the city.

She had enrolled in a computer course and also become engaged to her boyfriend of several years, local man Mark Wall, and she had moved into a flat on William Street with him.

The last reported sighted of Ms Keenan was on January 3rd, 1994, at Lombard Street, close to her flat. That morning, a bank holiday Monday, she told her fiancé that she was going to the post office to collect her dole. However the post office was closed and she has not been seen since.

In the weeks following her disappearance, the river Suir was searched and all her contacts were followed up - including those she had made around the world through her interest in citizens' band radio.

Ms Keenan's credit union account remains untouched and when she disappeared, she had nothing with her.

"Imelda was a girl that depended on other people quite a lot," said her brother, Gerry.

"If she was doing something, everyone would know about it. That's why we find it hard to believe she would have planned something like this - and certainly not on her own."

"I would just urge anyone at all who knows anything about this case to come forward to us," said Sgt Colman Hogan who worked on the Keenan case from day one.

"Fifteen years have passed now and we've no new leads but as far as we're concerned, this case will remain active until we know something