Don't you just love the mantra they spout - but of course, it doesn't apply to "THEM" 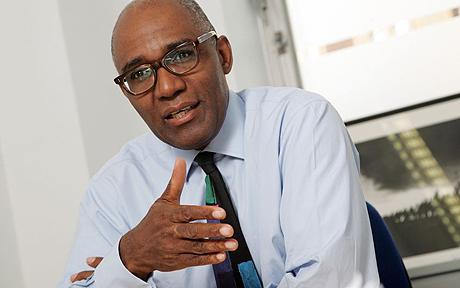 Despite Britain being mired in recession, the claims paid by taxpayers included thousands of pounds on fine dining, wine, £100 taxi rides and even penalty fines.
According to the figures, released under Freedom of Information laws by a government agency, spending by 141,000 senior civil servants and quangos bosses on their “Government Procurement Cards” was four times as high as in 2002.
Managers have access to the cards for paying bills rather than having to submitting receipts and claiming back the money.
The cards, issued by companies such as RBS and Barclaycard, are available only to top state workers, including quango bosses, council chief executives and senior civil servants.
Claimants included Paul Leinster, chief executive of the Environment Agency, who claimed more than £31,000 from June 2008 to March 2009. Included in his bills was more than £17,000 on hotel bills, £734 on a dinner for 13 agency staff and £1,400 for employees to attend Conservative and Labour conferences.
Trevor Phillips, head of the Equality and Human Rights Commission, claimed almost £6,395 on his card, including a £60 parking fine and a £110 bill for a taxi ride to Luton airport from his north west London home.
A spokesman for both agencies defended the claims as value for taxpayers’ money.
The figures were released by the Buying Solutions agency, which manages the scheme for the Office of Government Commerce. Critics attacked the expenses as an “insult”.
Martin Bell, the former independent MP, who campaigns against sleaze, said: “The rules and standards we now expect our MPs to adhere to should apply to civil servants. This is a time for frugality.”
Matthew Elliott, chief executive of the Taxpayers Alliance campaign group, added: “This is a terrifying sum to be racked up on credit cards, and it’s even more sickening that the money is being spent on fancy meals.
“These cards should absolutely not be a bottomless pit, but should have tightly defined limits.”
The Government defended the scheme, saying taxpayers’ money was actually saved because fewer staff at the Liverpool-based agency were needed to manage it.
The Office of Government Commerce said GPCs were issued to buy “high volume, low value goods and services - from office supplies to taxi fares”.
A spokesman for Buying Solutions insisted the programme had generated savings for the public purse by “streamlining” the expenses system.
A spokesman for the Environment Agency said Mr Leinster regularly worked late and travelled all over the country visiting regional offices.
"For this reason he often has to stay in a hotel several times a week and take long train journeys. Wherever possible, Paul uses the best value hotel,” he said.
A spokesman for the Equality and Human Rights Commission added: “All of this expenditure was for essential activities Mr Phillips was required to carry out on behalf of the Commission.”