Two Sides to the McCann Story – or more? 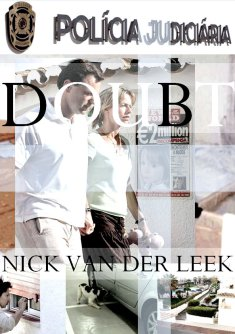 “Every truth has two sides; it is as well to look at both, before we commit ourselves to either.”  — Aesop
“No matter how flat you make your pancakes, it still has two sides.” — Daniel Tosh
“In seeking truth you have to get both sides of a story.” — Walter Cronkite


Having covered half a dozen high-profile criminal cases, some of them very difficult and very complex cases, we believe we’re ready to investigate Madeleine’s story.

If there are two sides to Madeleine’s story, then there’s certainly an opportunity for even more sides to the story merely on the McCann’s side alone. This is in terms of Kate’s version of events vis-à-vis Gerry’s.  There is also the possibility that Kate’s version may deviate from “the McCann’s” narrative or that Gerry’s might.  By McCann narrative, I mean their common cause.* If and when we find these deviations, we will find signature cracks to this case.


When dealing with the possibility of more than one suspect [and at one time** police believed both Madeleine’s parents were prime suspects or “arguidos”], there is not one arch narrative mirrored by one opposing narrative.  When there are several suspects*** there are typically several opposing narratives, each claiming to be the definitive narrative.

The counter narrative is effectively the narrative the McCanns wish to oppose, control or discredit.  Typically the counter narrative confronts the opposing narrator as a suspect, where he or she, or both, are seen as a protagonist(s) in his or her, or their, own invented spiel.
If it sounds complicated at a single glance, it is.  It’s much simpler to sample one piece at a time, and then piece the whole thing together and see how it fits.
Having written one book short of three trilogies on the unsolved JonBenét Ramsey case, we hope the readers will allow us, through the course of this narrative, to make certain linkages between both the Ramsey case and the McCann case as they come up. It is also useful to draw similarities and inferences from various other cases.
These intertextual similarities help us to develop confidence in what’s there, and to notice what’s far more important: what isn’t there.  The absence of evidence is sometimes the more compelling evidence.  It is the nature of true crime that information is missing and not merely missing, but hidden.  More often than not these holes in the true crime narrative are found by inference.
We will use various data mining techniques to filter through this enormous narrative.  What we’re hunting for are inconsistencies in the narrative cosmology.  The dissimilarities help us to see the idiosyncrasies of a particular case on their own terms. So, for example, we might ask:
What do abductions of small children typically look like?
Do abductions look any different when they happen in foreign countries?
What sort of profile can we draw up based on an abduction scenario and does that profile fit this case?
If so, how so?
If not, why not?
On the other side of the narrative divide we might ask simple questions like:
What kind of people are doctors?
What kind of parents are doctors?
How are doctors different [as people and parents] from others, if at all?
Simple questions in true crime often have difficult answers.
I might as well be upfront right now and make it emphatically clear that the PR surrounding this case is absolutely staggering.  Given that no criminal trial specific to this case, or a trial for those thought to be directly involved ever occurred, the intensity of the coverage is even more mind-boggling.
However, the saturation media coverage surrounding this unsolved case is something the McCann and the Ramsey cases [a case twice as old as the McCann case] have in common.  There are two sides to saturation media.  There is the hijacking of a particular narrative one way or the other in the media but not necessarily by the media, and then there is the repeated laying down of a narrative – of a version of events – by the suspects themselves.

The effect of these repeated assertions and also counter-assertions by other players and responses to these – in the media – is similar to making sworn statements in court and then being cross-examined in court.  The only difference is, in the media there are far more opportunities and potential players who can control, influence or steer a narrative.
While the media can be an effective tool, it can also turn on its masters.  Give someone enough rope to hang themselves and invariably they do, don’t they?
Just a year or two ago, we likely would not have thought a cogent analysis of this case would be possible without court documents, which necessarily are a detailed public record of various positions, including expert testimonies and detailed outlays of forensic evidence.  The Ramsey case, I believe, provides a prescient example where more than sufficient narrative has been laid down [even in the media, especially in the media] despite the absence of a trial.  In addition to these “unofficial” narratives are countless depositions and police statements.
In both cases, many additional narratives have emerged through alternative sources. There are countless interviews which form part of a public record.  There are also several books, not merely those by the [former] prime suspect/s but also by the investigator in charge of the case.
In the Ramsey case, both parents were suspects and both parents wrote a book to “set the record straight.”  In the McCann case both parents were suspects at one time, but it was Kate McCann – the more media shy of the couple – who elected to tell her story.

In the spirit of two suspects and two sides to a story, the DOUBT narrative is a two [possibly three] part series.  The second narrative interrogates the events and players crucial to what happened on May 3rd in sharp detail. The second narrative attempts to provide a cogent scenario for who, why and when Madeleine was killed, and what happened to her remains. The second narrative also deals more particularly with Gerry and Kate.
The ambit of this narrative is to briefly introduce the characters involved [such as the Tapas 9], to contextualize the massive media coverage, to meticulously locate the case on a beach in Southern Portugal and to resolve the greatest mystery of all bedevilling this case: the motive surrounding Madeleine’s death.
If Madeleine did die, how was her death and disposal covered up?  The Ramsey case provides, I believe, very useful reference material in terms of the first part of that question.  Some elements of the second are also there. However, what isn’t found in reference cases is part of the unique terrain of this case and we make no bones about it, these are very difficult areas to intuit and interrogate.  It can be done but requires precision analysis, absolute concentration and an absorption of all the available data.  All of these then feed into an attempt to try to interrogate a compelling psychology
surrounding the disposal of one’s child, if that is what happened.
Part of how we intend to achieve this is by trying to understand the McCanns themselves.  This discussion spans both narratives, but starts off with a broader focus which becomes more targeted and more surgical as the narrative progresses. Although we begin with a particular end in mind, we must let the evidence and the actors guide us.  The difficult part is deciding what to use to guide you and what to discard as mischievous malingering.
What is DOUBT?
Why DOUBT?
DOUBT is like a raven that doesn’t belong in a cloudy sky. It flies low over tawny terrain and crawling, baby blue waters of the North Atlantic. Like a black dagger cutting across white limestone, it searches across many paths for the true story of a solitary little girl.  The path to the doctors’ daughter requires a bold line of inquiry, so how about this:

What if the whole world thought Madeleine McCann was missing when she was never abducted to begin with?

What if Madeleine was murdered?

This book occupies itself primarily with the first question.

*Common cause is also known as a “shared purpose.”  In the legal sense it is the set of facts agreed on by both the prosecution and defense.
**On September 7th 2007 the McCanns were formally identified as suspects in their daughter’s disappearance. They were accused by police of killing Madeleine, hiding her for several weeks and then secretly disposing of Madeleine’s body.
***High-profile cases involving more than one prime suspect include the JonBenét Ramsey case, the Amanda Knox case, Steven Avery and the West Memphis Three. Ultimately the prosecution, or prosecution failures, in all these cases were arguably far from adequate.

With thanks to "jeanmonroe" - WOW! I haven't heard of this author Nick Van Der Leek before. I see he is described as a professional photographer, freelance photojournalist residing in South Africa - I guess then he is aware of Stephen Birch. Good luck to him in his effort as he says, "trying to understand the McCanns". This book should be very interesting. I have to wonder if Carter-Ruck are working on having it pulled as they did with Pat Brown's book. Thanks again for the heads-up.

The McS MUST be 'fumingly, furious'

Vanished: The Truth About the Disappearance of Madeleine McCann Paperback – 5 May 2008

I'm not sure, I haven't read it myself. I think the fact that it purports to tell "The Truth About the Disappearance of Madeleine McCann" suggests to me it must be pro-McCann and supports "abduction" because otherwise the McCanns would have had it pulled just like they had Pat Brown's book taken down because she doesn't buy their abduction story. I'm just guessing about this though.