Ive found this on Joana Moris site, I thought it was very interesting, Amaral now believes that not all was lost, I remember Amaral saying last year that every sample from Maddy had been given to the Birmingham Forensic Lab back in 2007 and all was distroyed, and this was a big mistake sending all to the UK.

Anonymous said... 52
The PJ seems to have more hair of Madeline's than we knew.According to Amaral Madeleine used medicines till her last day.And he told that it is possible to determine the DNA out the hair, even without roots. I always trusted the PJ would keep some traces of everything with them and they did.Not everything sent to England.
I loved Amaral and Hernâni(why a circonflex?)Carvalho (MCCann Files).I think Amaral knows what is going on between the PJ and the Scotland Yard.
He looks too well and happy.
Will he share this happyness with us?

I thought that there wasn't any hair from Madeleine , not on the hairbrush anyway or pillow.

That is very interesting - I seem to remember reading some remark - it may have been on GA blog site some time ago or even a mention in the PJ Files that they retained some forensic evidence and had not sent it all to the FSS. I think they said some were tested at another lab but can't quite remember. This information possibly confirms the case.

TRACES
Relating to Apartment no. 5-A in the tourist resort "The Ocean Club" Praia da Luz-Lagos:

- 32 hairs in envelope no. 1 recovered from the floor at the entrance to the children's bedroom.

- 28 hairs in envelope no. 2 recovered from the floor next to the bed from which the child disappeared.

- 4 hair in envelope no. 3 recovered from the top of the bed from which the child disappeared.

- 15 hairs in envelope no. 4 recovered from the floor next to the bed that was next to the window in the children's bedroom.

- 1 piece of cloth in envelope no. 5 recovered from the bedspread of the bed next to the window in the children's bedroom. Fragment of cloth, mauve/violet in colour with square motifs, circular in form about 10cm in diameter. A small fluorescent spot is observed under a Crime-light.

- 31 hairs in envelope No. 6 recovered from the floor of the lounge.

- 58 hairs in envelope No. 7 recovered from the entrance hall at the front door of the apartment.


1- Morphology analysis of the hairs

All hairs received for analysis were subjected to macro- and microscopic characterisation, with the majority of those having the root being in a telogenic phase.

Relating to Apartment no. 5-A

- Envelope No. 1 - "recovered from the floor at the entrance to the children's bedroom" 25 hairs with root; 4 hairs only stem; 3 hairs non-human.

- Envelope No. 2 - "recovered from the floor next to the bed from which the child disappeared" 3 hairs with root; 25 hairs only stem.

- Envelope No. 3 - "recovered from the top of the bed from which the child disappeared" 2 hairs with root; 2 hairs only stem.

- Envelope No. 4 - " recovered from the floor next to the bed that was next to the window in the children's bedroom" ll hairs with root; 4 hairs only stem.

- Envelope no. 7 - "recovered from the entrance hall at the front door of the apartment" 44 hairs with root; 8 hairs only stem; 6 hairs non-human. [/b]

Out of 245 human hairs analysed:

52 - no results were obtained from these ones

2 from the top of Madeleine's bed

Interesting that none were attributed to any of the McCanns children. Given that Sean & Amelie were still there for control samples to be taken also Madeleine's hair was brought over from Rothley for the Danie Krügel test - why couldn't some have been brought for comparison?

To be honest I can't see Madeleine's hair being important unless a sample from 5a can be shown that she had been given drugs of some kind. 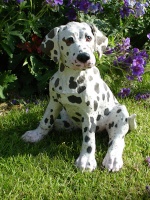 Adults hair full out all the time that's why there is loads off the parents hair.

The was none from the pillow , they got the DNA profile from a stain on the pillowcase.....the pillowcase from
Apt 5a must off had saliva on it to match the pillow from leicester .....no hair from Madeleine on the hair brush....surely when that 'bead' was taken out off her hair their must off been loose hair hanging around the apt off Madeleines...surely.


The DNA off Madeleine matched the DNA taken from the samples behind the settee etc.


There was DNA from Madeleine in the car, KM lied at the enquiry ......what can't be proved in a court off law is....did the DNA get in the car directly from Madeleine or accidentally, that is the problem with this case and the mccanns know that...the Blood did match Madeleine behind the settee but it may off been from a nose bleed or from a man that stayed there even though the samples proved a match to Madeleine.

There are so many 'could offs' or 'may offs' in this case but there is one undoubtedly thing that CANT be put into those categories....the dogs smelt a cadaver in the apt.....the blood 'could off' come from the man, but the man isn't dead or missing so the only conclusion left to come to is......Madeleine McCann died in apt 5a , there's no other conclusion to come to.

There appears to be,
• NO samples from PDL of Maddie that can be used as her DNA profile
• The samples of hair taken were considered not representative of a sample of her hair because they didn't match photographs of her hair or were too short in length to do mtDNA tests
• NO sample could be taken from Maddies toothbrush because she and the twins all shared the same one!
• It wasn't possible to use the same method to create an actual genetic profile for Madeleine so instead of attempting to create one from genetic evidence found on items of clothing she wore , toys she played with or anything else personal to her that she used in PDL, the authorities went back to the UK to Rothley to try and find a sample from her home & found the stain on a pillow case ( believed to be saliva ) Ref. (SJM/1) in the FSS report

There is NOTHING from the holiday that is proof that Madeleine Beth McCann was ever there, not even the normal simple things every single family holiday has

The stain of the Rothely pillowcase matched a blood sample thought to be from Heel Prick Test.

I have just cleaned our Bathroom and, as usual, the amount of hair that gets shed in the bath/shower/basin is considerable. Until after the cleaning is complete, obviously.

But the blood did match her profile from behind the settee ....the DNA did match Madeleine in the car but was it transferred or did it get there directly?

Had those 11 hairs not matched the siblings then they could be eliminated as contributors – this could have easily been done by comparing hair samples of the twins to the hairs found on the tops, the twin’s hair was lighter in colour and different in length etc.

If a number of those 11 unidentified hairs matched each other then it can be deduced that the probability is they came from one/ the same person/ child.

By taking just one of those unidentified matching hairs and doing an mtDNA test on it would have established whether or not it came from a closely related relative of Kate McCann – in fact a closely related child, as the characteristics of the hair sample would have shown it was a child’s hair.

If those unidentified matching hairs did not belong to the siblings but were known to have the same characteristics as a child’s hair and the mtDNA of one proved it came from a child related of KM …. Then whose child’s hair could that and any other matching hairs have belonged to, if not Madeleine.

It was important to get / identify a definite hair sample because samples of hair were found in places such as the Scenic or had they found hairs in other locations, but because they didn’t have a true reference sample they could not state with any certainty whose hairs they were.