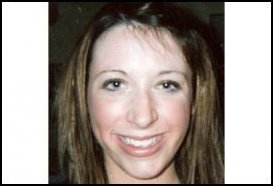 KILLER Thomas Kennedy changed his plea, confessing he strangled Sheola Keaney in a bid to hide the sick details of her murder, the Irish Sunday Mirror can reveal.

In an exclusive interview, her devastated dad Peter reveals how he would STRANGLE the sick killer himself if he was left alone with him.

Peter is still reeling from the fact that his estranged wife Carol COMFORTED Kennedy's parents after he was sentenced for strangling their beloved girl.

And Peter reveals the shock evidence that Kennedy could have had sex with Sheola AFTER he killed her.

THE light went out of Peter Keaney's life the day his darling 19- year-old daughter Sheola went missing on July 14 this year.

She died that day, along with a part of Peter.

Since then, the only thing keeping him going was the knowledge that the truth about what happened to the pretty, popular teenager would come out at the trial.

But that didn't happen because her killer Thomas Kennedy, changed his plea to guilty last week as the trial began.

Now, as the final act of love from a father to a daughter, Peter wants to deliver dignity in death to Sheola.

In a tearful and heartwrenching exclusive interview with the Irish Sunday Mirror, Peter pays tribute to "the love of his life", Sheola.

And he shares a shocking secret with us, so unimaginable no father should have to face it.

Peter said: "Why did he change his plea?

"He had no other option but to change his plea.

"Go back to the sexual act."

During the trial, Kennedy, who was sentenced to life, claimed he and exgirlfriend Sheola had sex at his sister's bedroom before going for a walk to the lane where Sheola's badly-decomposed body was found.

But gardai carried out an extensive forensic examination on the room at Kennedy's home at Russell Heights, Cobh, but could find no evidence that they had sex there.

Instead officers believe, given the state Sheola's clothes were in when she was found in the laneway at Newtown, it is highly likely there had been a sexual encounter there instead.

"He f*****g raped my daughter after he killed her.

"That's why he had to change his plea.

"They can put me in prison so I can get a hold of him and strangle the bastard.

"And that's why I'm so upset and so distraught because I've kept this to myself for so long.

"I hope for every day he spends inside that prison that somebody literally f*****g beats him up and everything else.

"Because it's the last thing I can do for my beautiful daughter who I loved so much and deserved so much.

"Our counsel did want to throw that into it, and that's why he changed his plea, he had no other reason.

"He had to change his plea because it was going to come out and being a necrophiliac in prison is not the nicest thing in the world.

"I don't give a damn any more, he's taken everything from me, he can't take any more.

"He's taken everything, but I want her dignity to stay intact.

"I want the world to know what that bastard did to her. I know I'm going to be shunned by senior counsel and by the State Pathologist and everyone else.

But so be the case. "He can deny it but the evidence was, it wasn't forced entry.

This week killer Kennedy was jailed for life for killing Sheola But instead of the case bringing closure for Peter, it has only served to further torment the tragic father-of-one.

And he is still shocked that his estranged wife hugged Kennedy's parents after the verdict.

He said: "To be honest I'm very traumatised because it's a realisation that I will never see my child again.

"Wholeheartedly I'm in bits, there's no other words for it.

"But I genuinely am numb.

"I've friends and family here with me and they're helping me in every way they can.

"But I'm also coming to terms with the realisation that Carol walked up there and f*****g shook their hands, being her mother.

"Was she in the same room as I was, hearing that evidence?

"Maybe she was traumatised, or whatever else, but to me, I nearly vomited when she went up to them.

"That wasn't an act of kindness in any means or manner."

Sheola lived in Clonmel, Tipperary with her dad for most of her life after her parents split up when she was a little girl.

But when she was 16 she went to live with her mother Carol in Cobh, where her uncle Vincent Keaney, former lotto winner, also lives.

Peter explains: "Sheola and I loved each other immensely. We have an incredible relationship.

"She went to Cobh because at the time my brother Dominic was dying of cancer.

"Sheola wasn't getting the attention she needed, so she went to her mother in Cobh.

"As I said in my victim impact report, as a father I might not have gotten it right all the time, but I feel I got it right most of the time.

My brother's death devastated me, but Sheola's death has blown me away.

"It's like going back to the 14th of July all over again."

And by changing his plea Peter also believes Kennedy avoided allegations that he had been abusive to Sheola and previous girlfriends.

Friends say in the final stages of their relationship, Kennedy was verbally abuse to Sheola in the street.

Peter believes Kennedy killed the beautiful teenager because he couldn't have her anymore.

Peter said: "She broke off the relationship because he was a p***k.

"He wasn't very nice to her towards the latter end of their time together. But he also had a previous girlfriend who he tried to strangle, but she was lucky enough to get away.

"There's a lot of history there. "She made a statement to the gardai, fair play to her, whoever she is.

"She went with her mother to the Garda station in Cobh to make a statement.

"I know I'm going to get another b********g for saying this but I don't give a s**t anymore because I've lost everything.

"I've nothing left to lose."

But how does Peter feel about Kennedy now?

Will he ever learn to forgive him?

And what would he do if he came face to face with his daughter's killer.

Peter said: "I would say nothing to the bastard, I would actually strangle the b*****d myself.

"I cannot understand why a beautiful, fantastic girl, lovely personality, vibrant, going places, that that b*****d could just wipe her out because he couldn't have her.

"I would love to do to him what he did to her and say to his parents, 'There's your son, think how I feel'.

"He robbed the most precious possession that I have ever got.

"What's the worst thing they can do to me? Lock me up in Cork prison so I can get my hands on him? Lovely, I'd enjoy that.

"I'm so angry because I was hoping it would come out because he's an out and out p***k."

But Peter breaks down as he tries to contemplate his first Christmas without his little girl.

They can send a Christmas card, they can bring him presents.

"It doesn't work and I don't think I'd be human if I didn't feel this way."

And tears continue to flow down his face as he describes how the trial made him feel as though he was saying goodbye to his little girl all over again.

He adds: "The trial was like having to go to her funeral yet again because that's what it feels like, having to say goodbye to her all over again.

"And the condition that b*****d left her in, because I examined her body from head to toe in Cobh in the mortuary looking at her.

"That dirty bastard destroyed her, not only in life, but in death.

"I don't think I'll ever get peace, not now and not ever.

"Because this is the biggest f*****g nightmare of my life.

"She's with me every minute of my day, but it's just so wrong, so wrong.

"It's just a nightmare I'll have to live with for the rest of my life."

SHEOLA'S BEBO PAGE WHERE HER FRIENDS STILL LEAVE MESSAGES FOR HER

A garda investigation was underway in Co Cork tonight after the body of a young woman was found.

A search party involving gardaí discovered the body at Newtown, Cobh at around 8.30pm.

Officers were unable to confirm but the body is believed to match the description of a missing local woman. Searches have been carried out in Cork since 19-year-old Sheola Keaney, of Glenanaar, in Cork was reported missing on Friday morning.

She was last seen at 10am on Friday walking in the Rushbrook area of Cobh.

The state pathologist’s office was informed for a technical examination to be carried out after the body was discovered in a laneway behind Cobh Pirates' rugby grounds.

Gardaí were awaiting the results of the postmortem before it could be confirmed if a murder investigation was underway.

The heartbreak of Sheola's parents

Thursday December 07 2006
THOMAS Kennedy could offer no explanation for the brutal murder of his ex-girlfriend, Sheola Keaney.

He said he strangled her last July "on the spur of the moment".

The revelation came yesterday as Kennedy was given a mandatory life sentence for her murder.

The Central Criminal Court heard poignant words from her parents.

Peter Keaney said it was his dream to one day walk his daughter up the aisle into the arms of someone who loved her.

But he was robbed of that most precious moment between a father and daughter by Sheola's cruel murder.

The broken-hearted Cork father told the court that on Sheola's first Communion Day, he had imagined the next time he would see her in a white dress - on her wedding day. "But now there will be no wedding day, no 21st birthday, no graduation and no grandchildren."

Her mother Carol described how she still had nightmares about running to where her daughter was strangled in the belief she could get there in time to save her.