Bit of a shock isn't it?
http://www.dailymail.co.uk/tvshowbiz/article-1219583/Boyzones-Stephen-Gately-dies-age-33.html

Oh I was upset when I read this. I'm not a Boyzone fan but Stephen had a lovely voice and smile and I always thought he was upstaged by Ronan.

In the Daily Record it is saying he choked on his own vomit. How sad. I have just been reading his tributes and everyone is saying the same, what a nice, sweet person he was.

too young to die 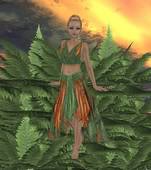 It was moving when Ronan did his speech it brought tears to my eyes....I felt really sad, it is such a waste of life so young and he was obviously a kind caring person.

I expect that the reason he had fluid on lungs was a heart problem and that his heart was not working in the capacity it should.

If he had a heart problem then the postmortem would have found it. The family lawyer came out straight away saying it was a tragic accident before a postmortem had even been conducted.
I think the family have been told exactly what Stephen died of and they want to keep it to themselves which is their right. They must be happy that there is no foul play.
I agree that the story of dying of fluid on the lungs doesnt ring true. Something causes that condition IMO.

littlepixie wrote:If he had a heart problem then the postmortem would have found it. The family lawyer came out straight away saying it was a tragic accident before a postmortem had even been conducted.
I think the family have been told exactly what Stephen died of and they want to keep it to themselves which is their right. They must be happy that there is no foul play.
I agree that the story of dying of fluid on the lungs doesnt ring true. Something causes that condition IMO.

Pulmonary Oedema is either due to direct damage to the tissue, or a result of inadequate functioning of the heart or circulatory system.

I do believe there were heart problems in Stephen's Family, it might not have been the heart it could have been circulatory problem's that caused the Oedema, it was acute so it came on suddenly.

quote="Pussycat"]It is now established that he died of natural causes...[/quote]

Reposted:
Taken from the Mirror:

"Margaret Gately told the family's lawyer Gerald Kean: "As soon as I heard he had died I knew it was a heart problem. It has lifted a huge burden off our family's shoulders."

A postmortem yesterday revealed Stephen died from natural causes due to acute pulmonary oedema, a build-up of fluid on his lungs. Most cases are related to heart failure or the early stages of heart disease."

Isnt it just disgusting and makes me sick to the stomach....the man that found stephen has now sold his story saying he slept with stephens partner that night.

The four remaining Boyzone members will stay with Stephen Gately's body in church overnight before his funeral on Saturday, their manager has told Sky News.

Louis Walsh said Ronan Keating, Keith Duffy, Mikey Graham and Shane Lynch will fly back with the body on Friday from Majorca, where the pop star was found dead.
He said the four would stay with Gately in the church in Dublin because, according to the singer's mother, her son would not want to be alone.

Walsh said: "They were like his four fathers and they are going to look after him and they're going to stay with him and we're going to give him the best send off ever on Saturday."

The four singers will be among those who will carry the star's coffin.

They went to the inner city chapel to meet the local priest ahead of the service.
The four were flanked by security at St Laurence O'Toole's while they discussed arrangements with local police.

X Factor judge Walsh said he still did not believe that Gately had died. "I don't want to think he's actually gone. I still think he's going to walk in smiling," he explained.

Boyzone on stage: Stephen Gately is second from right


Boyzone singer Gately, 33, was found dead last Saturday at his apartment in Majorca after a night out. A post-mortem found he died of natural causes.

Asked about rumours that Gately had been drinking to excess, Walsh said: "He was on holidays in Majorca. Anyone on holidays goes out and has a few drinks.
I've never seen him drunk in my life. He was always having fun. He looked after himself, he was very health-conscious and he was in a good place."

Walsh said that he was trying to persuade Gately to appear on the new series of Celebrity Big Brother, but Gately had told him he wanted to perform in the show Jersey Boys in the West End.


"He was going for an audition in a few weeks," Walsh said.

"That's the only thing in his life that he hadn't done that he wanted to do."

Meanwhile, the man who found Gately's body says what happened the night he died was "not normal".

Bulgarian Georgi Dochev, 25, said Gately and his partner, Andrew Cowles, had been partying with him, his partner and other friends at a gay nightclub, the Black Cat, in Palma on Friday night.

Mr Dochev then accompanied the couple back to their apartment in Port Andratx, about 20 miles away. The singer was found dead by Mr Dochev and Mr Cowles on Saturday.
Mr Dochev said: "What happened that night is what happened. We know the autopsy results. He died a natural death. He added: "We were just partying that night but I can't really tell you why I went back to their house. I don't think this is a normal story."

About 3,500 mourners lined the streets where Mr Gately was raised in a send-off to the late Boyzone star.

The four remaining members of the band sang and spoke at the service which fans listened to through speakers.

The singer's coffin was taken to Glasnevin crematorium for a private cremation, attended only by family and friends.

Ronan Keating, Mikey Graham, Shane Lynch and Keith Duffy spent the night at the church with the West End star who they call their brother.

The Boyzone members sang during the funeral Mass.

During his eulogy, Mr Keating said Mr Gately was now at peace.

His parents Margaret and Martin, brothers Mark, Alan and Tony and devoted sister Michelle, his partner Andrew Cowles and Louis Walsh supported each other during a short private prayer vigil at the chapel.

Hundreds of residents, all with their own special memory of the pop star, lined the streets during his emotional homecoming.

The official said Mr Gately suffered a pulmonary oedema, an accumulation of fluid on the lungs.

His funeral will take place this Saturday at the Church of St Laurence O'Toole in Seville Place in Dublin, according to Boyzone manager Louis Walsh.

His remains will be brought home from Majorca on Friday, accompanied by the other four members of Boyzone, who will return there later this week.

The bandmates, who flew out to the Spanish island on Sunday, returned home last night.

A spokesman said: 'All the boys are home now. They went there to pay their respects and start dealing with the fall-out of the situation.

'However, it's clear that them being there at the moment is bringing a lot more attention to the situation.'

Speaking earlier on RTÉ's News At One, Mr Walsh paid tribute to Stephen Gately, saying he was 'a real pop star' and a great professional. 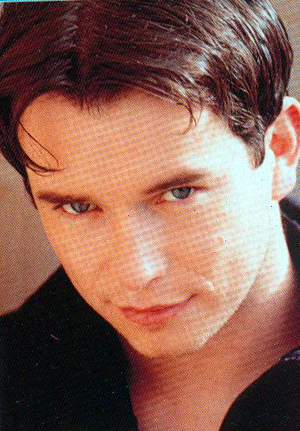